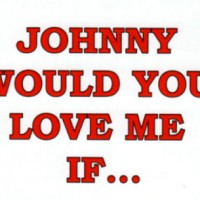 There were a cavalcade of spectacular lgbtq titles published this year; it was truly a year of queer literary excellence. This year’s stand-out books ranged from the starkly visceral to the ornately lyrical, from the joyfully life-affirming to the quietly devastating; but all of them provided vivid snapshots of lgbtq lives.

Below is a list of this year’s nonfiction and fiction titles that hit my literary sweet spot.

What are your favorites? 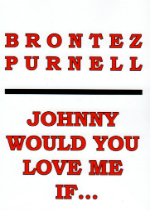 1. Johnny Would Love Me if My Dick Were Bigger by Brontez Purnell.

[Brontez] is an open-hearted romantic whose desires for love, cock, and community give him –and the book — life. In a series of essays, notes, vignettes, choreographies, and an accumulation of writing prompts, Purnell has produced a 126-page illustrative text of how loving freedom for yourself and those around you demands disruption, discomfort, and a lot of movement.

2. Under The Udala Trees by Chinelo Okparanta. 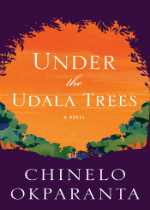 Readers will be reminded of Jeanette Winterson’s debut novel, ‘Oranges Are Not The Only Fruit’, which paired a young lesbian’s coming of age with her mother’s stringent religious judgements and abuses. Ijeoma is a narrator who reveals herself as the story develops, strong-willed, witty, and unforgettable, especially when pitted against her reprehensible mother. It’s no small feat that a novel so weighed with heartbreak can end in a place of hope for the future. 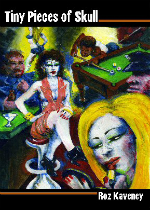 ‘Tiny Pieces of Skull’ delights in its characters and the grit and glamour of their daily lives. Looking back from this vantage point, it’s both heartening to see how much more visible trans people are and striking to find the same dangers still lurking in the shadows. Despite that, perhaps to spite that, the story is still wildly entertaining, and mines a lode of untrammelled joy from every small victory its characters experience.

4. Jam on the Vine by LaShonda Katrice Barnett. 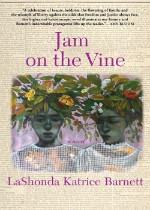 The decisions [Barnett’s] characters make are difficult. The world in which they love and breathe is perilous. Yet readers turn the pages of Jam; with reassurance that there is no sweet without bitter. There are no victims in ‘Jam on the Vine.’ There are no stereotypes, no archetypes, and no flat characters. Rather, there is a vibrant cast making mistakes, facing injustice, and falling in love.

5. I Can Give You Anything But Love by Gary Indiana. 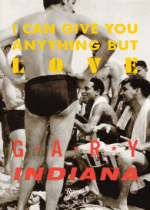 [Indiana] wants to resist contemporary self-help culture in this and all his books because that culture too often wants to force positive outcomes on personal nightmares. And yet some of the memories Indiana “recovers” from his childhood in ‘I Can Give You Anything’ are just the kind of scenarios that lend themselves to self-help analysis.

6. The Gap of Time by Jeanette Winterson. 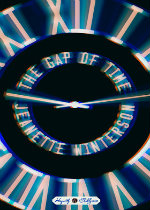 In her taste for aphorism and eternal semi-seriousness, Winterson can herself sound like one of Shakespeare’s wise clowns or mad kings. But while ‘The Gap of Time’ contains some spectacular set pieces, it is not merely a clever update, with Shakespeare’s wild Bohemia transformed into a Louisiana city populated by Americans who talk like nothing of the sort. The novel’s chief innovation lies not in these superficial remappings, but in the enhanced depth of its central relationships. 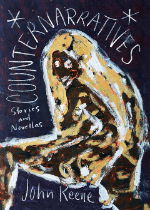 [While] Keene’s work in general, straddles the intertextuality of Borges, as well as the fiercely stark qualities of some of Sherman Alexie’s best work, his style and voice are all his own. His style, even, is difficult to pinpoint; in this book, he switches gears rapidly, embodying each character he has written with fervor, and a palpable authenticity so strong, the reader loses themselves in the wilderness of not-knowing, the impossible jungle of truth and not-exactly lie.

8. The Gay Revolution: The Story of the Struggle by Lillian Faderman. 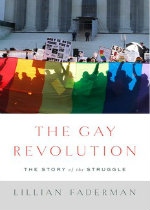 Faderman has plumbed the archives of libraries, newspapers, legislative bodies, lesbian and gay organizations, police files and also interviewed more than 100 activists and others to get this meticulously researched book to us. It is, unquestionably, her crowning achievement as an historian.

9. The American People People: Volume 1 Search for My Heart: A Novel by Larry Kramer. 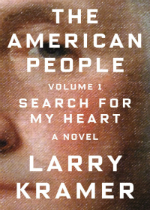 ‘The American People’ is an elegy for our community. It’s a grand novel attempting to imagine a history to replace the one we lost during the ink black days of our recent past. If nothing else, reading Kramer is an invitation to reflect on the ongoing tragedy of AIDS. Even as the advent of PrEP and the ubiquity of condoms in our public gathering spaces make expressing our sexuality safer than ever, the aftermath of what we lost will stay with us for a long time, perhaps forever. One senses in Kramer an urgent need to salvage what we still can, while we still can.

10. Hunger Makes Me A Modern Girl by Carrie Brownstein. 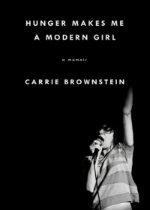 Navigating a Pandemic: An Excerpt from Emma Donoghue's The Pull of the Stars
The Importance of Revisiting Our Lost Literature
Lillian Faderman on Five Key Moments in the LGBT Civil Rights Movement