‘Night at the Fiestas’ by Kirstin Valdez Quade

‘Night at the Fiestas’ by Kirstin Valdez Quade 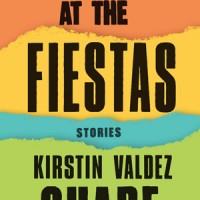 It is not particularly novel to remark that there is something Biblical in the landscape of the American Southwest: the near-moral clarity of the dry wind, the desert places, the towering sky. At its best, Kirstin Valdez Quade’s new collection of stories, Night at the Fiestas, sidesteps cliché but keeps the grandeur of her setting by transposing it to her characters—people big as myth, opaque as Scripture.

The first story, “Nemecia,” has already been justly celebrated in a couple of anthologies. The narrator, a woman reflecting on her life as a young girl in the fictional New Mexico village of Cuipas in the first half of the 20th century, grows up alternately cosseted and terrorized by the glamorous older cousin her parents have taken in. “Any new thing I got, Nemecia ruined […]” she reports.

Nemecia takes Maria’s spot in a church procession, methodically scars Maria’s face with a fingernail, and, eventually, even takes her place in her family. All the while, she pretends to confide in her, including a whopper of a secret: that she murdered her grandfather and put her mother in a coma.

It takes a while for credulous Maria to realize that Nemecia would have been just 5 years old at the time of her supposed crime. Yet when the true and tragic history emerges, somehow it solves nothing. After enduring years of soft abuse, Maria finally lashes out at Nemecia and is sent to live with a relative. Nemecia later leaves the family and moves away, resisting closure.

Meanwhile, Valdez Quade drops little bombs in the space of a sentence. Maria’s mother tells the child she’s sent away for months, “It’s not right for a child to be away from her parents. It’s not right that you left us.” In the middle of a paragraph about Nemecia’s wedding, Maria reflects, “I must have understood then that I wouldn’t have a wedding of my own.” This thread is not followed; Valdez Quade resists the urge to scrub the mystery from the corners of her story. As a result, it feels like life and something larger.

Nothing else in Night at the Fiestas is quite this good, although the final story, “The Manzanos,” accesses pockets of similar strangeness in its tale of a little girl who believes she is herself dying from a spell cast by an evil eye. It too is told in first person, which seems to open up reserves of empathy and wonder that Valdez Quade cannot otherwise reliably find.

When Quade writes about the down and out, she sometimes sounds a sour note of revelry in the squalor of her characters’ lives. She can’t resist this dig at a pregnant 14-year-old, for instance: “The buttons of her jeans are unsnapped to make way for [her belly’s] fullness, and also to indicate how it got that way in the first place.” In another story, the obesity of the main character’s trailer-dwelling neighbors stands in direct proportion to their oafishness; the one thin member of the family may as well be the only human. As Valdez Quade’s characters stray from the outlines of her own family’s history and slide further down the socioeconomic ladder, the more threadbare they tend to become.

On the other hand, it’s fair to note that, irrespective of its target, sourness is to some extent just part of Valdez Quade’s narrative outlook. When she pulls this mood loose from the background and examines it outright, the results are often better. In “Jubilee,” a young Chicana woman, Andrea, nurses a resentful obsession with fellow Stanford student Parker Lowell, the daughter of her farmhand father’s wealthy employers—who have recently divorced following the wife’s affair with a female landscaper.

Andrea feigns a blasé attitude about this: “No one’s really straight, not one hundred percent,” she opines to her mother. But privately she sees this development as a crack in Parker’s perfect façade, and attempts to wedge herself in.

Not that she knows what she wants once she gets Parker in her sights. Class resentment, impostor syndrome, and perhaps a touch of unexamined attraction all fight for dominance in Andrea’s mind over the course of a party at the Lowells’ estate. Although the outward action doesn’t entirely convince, the fine emotional shading feels very real indeed.

The Fiestas de Santa Fe referenced in the title are all about color and caricature and the exorcism of old demons (in the form of Zozobra, a comically gloomy effigy who’s burned each year). Yet Night at the Fiestas is most powerful precisely when it resists bold strokes and symbols—when it lets the past remain unfixable and the motions of the human heart stay murky. In the shadows, Valdez Quade does some interesting things.