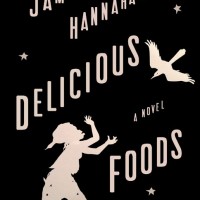 New month, new books! A new month is upon us, and so are a slew of new and noteworthy LGBT books.
In his new memoir Bettyville (Viking), editor and writer George Hodgman details his comically fraught relationship with his strong-willed mother:

When George Hodgman leaves Manhattan for his hometown of Paris, Missouri, he finds himself—an unlikely caretaker and near-lethal cook—in a head-on collision with his aging mother, Betty, a woman of wit and will. Will George lure her into assisted living? When hell freezes over. He can’t bring himself to force her from the home both treasure—the place where his father’s voice lingers, the scene of shared jokes, skirmishes, and, behind the dusty antiques, a rarely acknowledged conflict: Betty, who speaks her mind but cannot quite reveal her heart, has never really accepted the fact that her son is gay. As these two unforgettable characters try to bring their different worlds together, Hodgman reveals the challenges of Betty’s life and his own struggle for self-respect, moving readers from their small town—crumbling but still colorful—to the star-studded corridors of Vanity Fair. Evocative of The End of Your Life Book Club and The Tender Bar, Hodgman’s debut is both an indelible portrait of a family and an exquisitely told tale of a prodigal son’s return.

In JD (Terrace Press), author Mark Merlis provides a fictional snapshot of a 1960s cultural warrior and the personal entanglements spurred by his legacy:

Jonathan Ascher, an acclaimed 1960s radical writer and cultural hero, has been dead for thirty years. When a would-be biographer approaches Ascher’s widow Martha, she delves for the first time into her husband’s papers and all the secrets that come tumbling out of them. She finds journals that begin as a wisecracking chronicle of life at the fringes of the New York literary scene, then recount Ascher’s sexual adventures in the pre-Stonewall gay underground and the social upheavals that led to his famous book “JD.” As Martha reads on, she finds herself in a long-distance conversation with her dead husband, fighting with him again about their rocky marriage and learning about the unseen tragedy in her own apartment that ended with the destruction of their son, Mickey. Mickey comes to life in the space between Jonathan and Martha’s conflicting portraits of him, while Martha and the biographer tangle over the continued relevance of Jonathan’s politics and his unfulfilled vision of a nation remade. Martha learns about herself, finally, through her confrontation with a man who will not let her go, even in death. 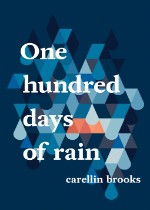 In the novel One Hundred Days of Rain (Book Thug), writer Carellin Brooks lyrically explores the emotional fallout of a character’s failed relationship:

In prose by turns haunting and crystalline, Carellin Brooks’ One Hundred Days of Rain enumerates an unnamed narrator’s encounters with that most quotidian of subjects: rain. Mourning her recent disastrous breakup, the narrator must rebuild a life from the bottom up. As she wakes each day to encounter Vancouver’s sky and city streets, the narrator notices that the rain, so apparently unchanging, is in fact kaleidoscopic. Her melancholic mood alike undergoes subtle variations that sometimes echo, sometimes contrast with her surroundings. Caught between the two poles of weather and mood, the narrator is not alone: whether riding the bus with her small child, searching for an apartment to rent, or merely calculating out the cost of meager lunches, the world forever intrudes, as both a comfort and a torment. In elliptical prose reminiscent of Elizabeth Smart’s beloved novel By Grand Central Station I Sat Down and Wept, One Hundred Days of Rain exposes the inner workings of a life that has come apart. Readers will engage with Brooks’ poetic and playful constraint that unfolds chapter by chapter, where the narrator’s compulsive cataloguing of rain’s vicissitudes forms a kind of quiet meditation: an acknowledgement of the ongoing weight of sadness, the texture of it, and its composition – not only emotional weight, but also the weight of all the stupid little things a person deals with when they’re rebuilding a life.

This month, Little, Brown and Company is releasing Delicious Foods, a mythic novel of love and addiction by writer James Hannaham:

Darlene, once an exemplary wife and a loving mother to her young son, Eddie, finds herself devastated by the unforeseen death of her husband. Unable to cope with her grief, she turns to drugs, and quickly forms an addiction. One day she disappears without a trace. Unbeknownst to eleven-year-old Eddie, now left behind in a panic-stricken search for her, Darlene has been lured away with false promises of a good job and a rosy life. A shady company named Delicious Foods shuttles her to a remote farm, where she is held captive, performing hard labor in the fields to pay off the supposed debt for her food, lodging, and the constant stream of drugs the farm provides to her and the other unfortunates imprisoned there. In Delicious Foods, James Hannaham tells the gripping story of three unforgettable characters: a mother, her son, and the drug that threatens to destroy them. Through Darlene’s haunted struggle to reunite with Eddie, through the efforts of both to triumph over those who would enslave them, and through the irreverent and mischievous voice of the drug that narrates Darlene’s travails, Hannaham’s daring and shape-shifting prose infuses this harrowing experience with grace and humor.

Political junkies, rejoice! This month sees the release of a new autobiography from politician Barney Frank.