2014 Marks the Debut of the New Graphic Novel Category

The 26th Annual Lambda Literary Awards – or the “Lammys,” as they are affectionately known–mark another record-breaking year and usher in the debut of the new category of Graphic Novel. Finalists for the Lammys were announced today by the Lambda Literary Foundation (LLF) in Los Angeles after reviewing a record 746 submissions (up from 687 last year) from 352 publishers (up from 332 last year). Submissions came from major mainstream publishers and from academic presses, from both long-established and new LGBT publishers, as well as from emerging publish-on-demand technologies.

“Today is a day to celebrate the richness of our literature and to give hearty congratulations to our outstanding shortlisted authors and their publishers,” said LLF Executive Director, Tony Valenzuela. “The deep commitment to advance our community’s literature by our highly qualified volunteer judges who read and deliberate on the submitted books – and often anguish over the selection of finalists – make the Lammys possible.”

Now in their twenty-sixth year, the Lambda Literary Awards celebrate achievement in lesbian, gay, bisexual, and transgender (LGBT) writing for books published in 2013. Winners will be announced during a ceremony on Monday evening, June 2, 2014, at The Great Hall at Cooper Union (7 East 7th Street, New York City 10003). Details on the annual after-party location are forthcoming. For more information and to buy tickets, please visit: http://www.lambdaliterary.org/awards/

“This is our fifth straight year of record-breaking Lambda Literary Award submissions,” said LLF Board President, S. Chris Shirley. “We’re especially excited to add an LGBT Graphic Novel category to accommodate their explosive growth over the past few years and to recognize the extraordinary talent behind them.” 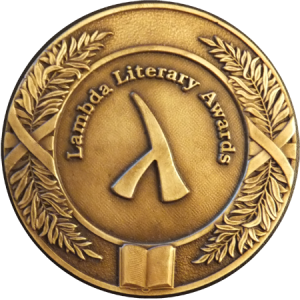 Tickets for the Lambda Literary Awards ceremony and after-party go on sale today. For information, visit LLF’s website and join the conversation by following the hashtag #Lammys on Twitter. For the month of March only, early bird tickets are $100 for the ceremony only and $200 for the ceremony plus after-party. Prices will increase by $25 beginning April 1st.

Pioneer and Trustee Award honorees, the master of ceremonies, and presenters will be announced the third week of April.