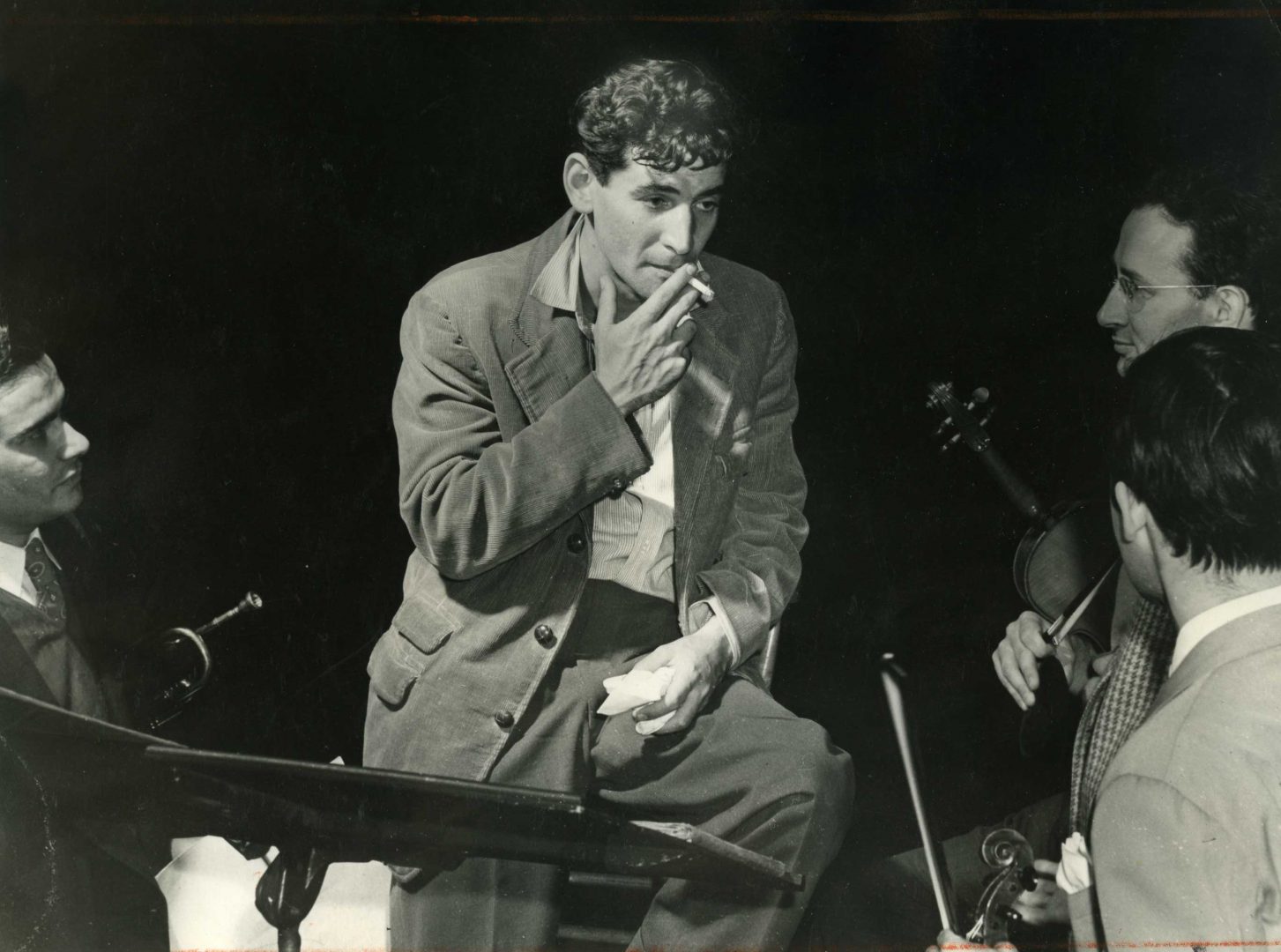 ‘Dinner with Lenny: The Last Long Interview with Leonard Bernstein’ by Jonathan Cott

‘Dinner with Lenny: The Last Long Interview with Leonard Bernstein’ by Jonathan Cott 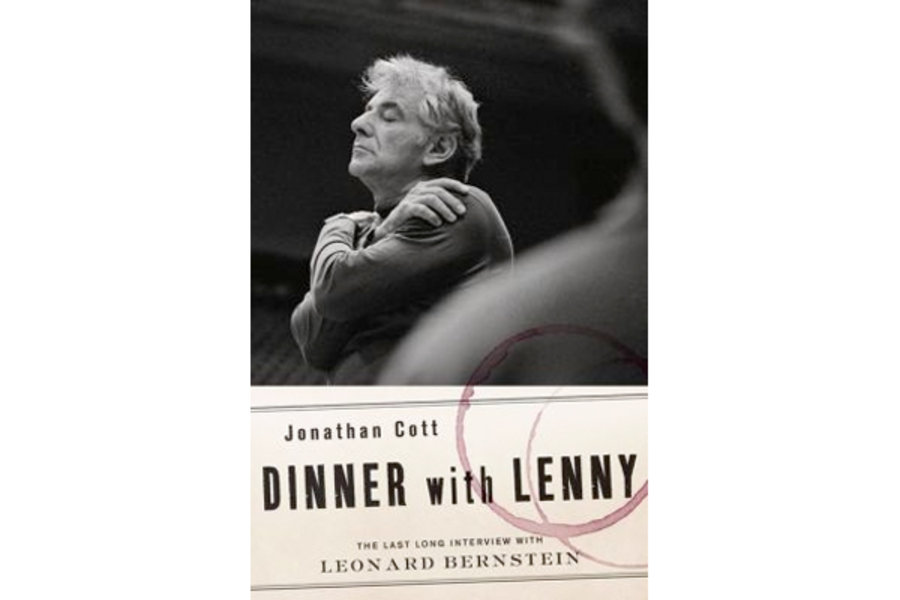 In November 1979, Rolling Stone contributing editor Jonathan Cott and a friend went to Carnegie Hall to see Leonard Bernstein conduct the Vienna Philharmonic in a performance of Beethoven’s Ninth Symphony. After the concert, the two then went to Studio 54–and soon found themselves on the dance floor with Maestro Bernstein himself, ‘wildly dancing–bare-chested under a black leather jacket, a cigarette dangling from his lips–with a retinue of revelers, circling and whirling around him and then me and my friend as well.” A seemingly inexhaustible mix of talent, genius, exuberance, and mischievousness, this is the Bernstein that leaps off the page in Dinner with Lenny (Oxford University Press).

The fascinating transcription of an evening-long, alcohol- and cigarette-filled 12 hour marathon of music and talk at Bernstein’s home in Fairfield, Connecticut, Dinner with Lenny originally appeared in a heavily edited format in Rolling Stone. The book presents Bernstein ‘unplugged,’ reciting Keats by heart, casually mentioning the recent end of an affair with one young man so he could start one with another, and interrupting his comments with musical interludes, either through recordings or Lenny playing the piano or vocalizing.

He attempts to set the record straight about various topics such as Tom Wolfe’s famous article accusing Bernstein of being, ‘Radical Chic’, and the glacially slow recording of the Brahms Piano Concerto #1 with Lenny’s “baby” Glen Gould. Cott, also an acclaimed music critic and author of Conversations with Glenn Gould, is a great interlocutor and foil for Bernstein’s aria-like pronouncements, probing gently, attempting to keep the voluble Maestro focused as well as attempting to avoid asking  “obvious questions,” which Bernstein warns he will not answer anyway. Cott frames the interview with anecdotes outlining Bernstein’s rise to fame and a précis of his activities up to his death in 1990. As part of their long evening together he even allows “Dr. Bernstein” to perform a brief interlude of amateur psychiatry on him.

Composer of Broadway musicals, operas, symphonies, appearing on over four hundred audio and video recordings, creator of the Young People’s Concerts and a relentless educator, it is almost impossible to conceive how large a figure Bernstein was. A torrent of words and ideas, he expresses his thoughts in language that swings from erudite and witty to camp and Yiddish slang. Bernstein’s passionate, voracious personality overwhelms you in Dinner with Lenny. He can be too much at times, nearly a caricature, practically jumping off the page and grabbing you, pulling you into his world. Bernstein seems all encompassing, whether holding forth on the future of orchestras, politics (“Basically a liberal is a progressive who wants to see the world change and not just remain stuck in the status quo. So, yes, I’m a liberal, but one who believes in people, not in some ‘thing.’”), composing (“If you’re a good composer you steal good steals”), various forms of music from rock to flamenco (“The point is there shouldn’t be any law against any kind of music”), and of course the art of conducting:

I just advise students to look at the score and make it come alive as if they were the composer. If you can do that, you’re a conductor…and if you can’t, you’re not….If I don’t become Brahms or Tchaikovsky or Stravinsky when I’m conducting their works, then it won’t be a great performance. It can be an O.K. performance or a lousy performance, but the only way I know that I’ve done a really good performance is when I’m making the piece up as I go along…as if I have the feeling that I’m inventing it for the very first time…

When asked about death toward the end of the interview, Bernstein confesses to believing that, “something goes on –not your name, not your nose, but the you-ness goes on.” Obvious catnip for classical music fans, Dinner with Lenny appeals to anyone interested in all forms of music, art, or the importance of passion in life. Bernstein’s ability to engage, inspire, explain, and encourage exploration– his ‘you-ness’ — lives on long after him.

'Not Every River' by Robbi McCoy
'Open Water' by Pol Robinson
'Is This The Real Life? The Untold Story of Queen' by Mark Blake