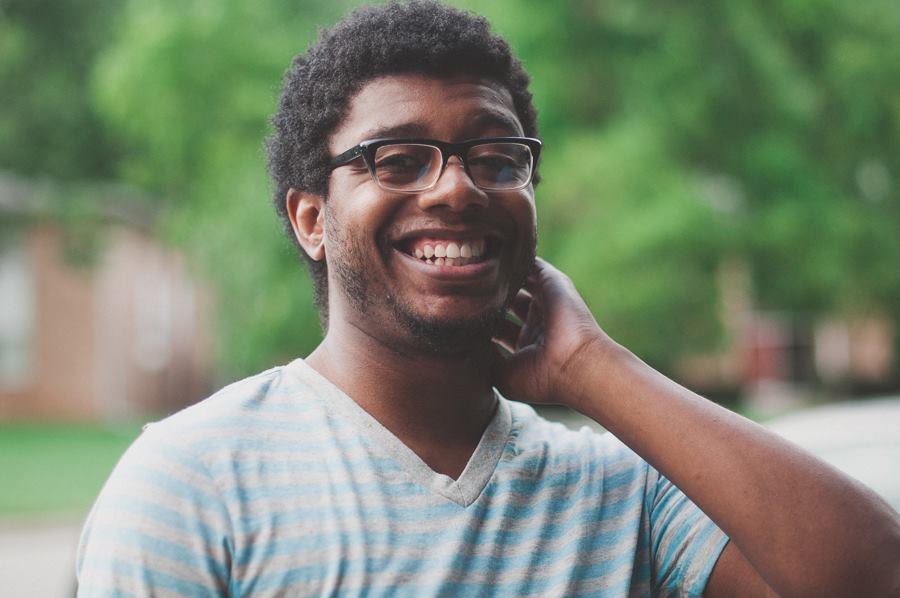 It’s a question of inertia: shifting gravel
behind a large beech, catcalls and headlights from the
++party
still perceivable where you stumble

as he wrestles you into gray bark. You yield
like the braids of a wrought iron fence.

It’s a question of bones: his muscle-car-wide-receiver hands
knead your spine, your narrow back, exposed
bone no amount of flesh can cover.

It’s a question of overindulgence.
He doesn’t let you kiss him. It is law.

He grunts, then purrs, flecks of spit cooling
on your neck. It’s a question of violence
as if you could accuse the water

of drowning or the gate of excessive force.
Quick sex ends with the curt chime of a belt buckle,

high beams block his rugged face.
It’s not violence if it’s meant tenderly,
a belief you think will keep a man,

a belief that lashes boys to fences,
even the butch ones who smell like malt liquor.

++++++Michelangelo Caravaggio, The Entombment of Christ

That much loved body descends
into the granite tomb, dust-covered
slab against the tuft of fern.

Gnomic Nicodemus, like an unfinished statue,
hoists His body, blushes, averts his gaze,
and John does who knows what with Christ in the dark.

Crisp, cream-colored linens wind around His hips.
See the veins of His right hand
cluster under his farmer’s tan, pushing toward the bicep?

The soft pink lips parted?
Like all beautiful men, He knows it’s a pose.
See how much He wants you to look at Him,

even as He is empty, even as He is moved?
And Mary of Clopas, flailing arms caught
in shock and praise and fear—

look to her for what she can teach you
about desire: a finger hooked in the wound,
unbearable as the scent of a man you cannot touch.

You should know better than to give a man a bone.
The oily arch snaps, and you get the bigger half.
What did you wish for? Outside, rain hisses

slowly and for many that sound would be enough,
the sharp, consoling crawl of droplets on a window.
I’d wish for something cosmic like wholeness;

you’d hope for my body to keep anchoring you
in the dark. Not much has changed since January:
unanswered calls, families folded over in sleep, plastic plates

caked with chicken grease, and abundance
transcending desire. A screen of rain circles the house.

DERRICK AUSTIN has a B.A. from the University of Tampa. His poetry has appeared in storySouth, Relief: A Christian Literary Expression, receiving an Editor’s Choice for Poetry, The Sigma Tau Delta Rectangle, Ganymede Unfinished, and Poets for Living Waters. He received an honorable mention in the 2009 International Reginald Shepherd Memorial Poetry Prize contest and is a runner up for the Robinson Prize sponsored by the University of Houston.

‘Some Hell’ by Patrick Nathan
A Poem by Francisco Márquez
Adam Tendler: On Modern Music, the Advantages of Self-Publishing, and Coming Out on the Page