‘Toss and Whirl and Pass’ by Shawn Stewart Ruff

‘Toss and Whirl and Pass’ by Shawn Stewart Ruff

HIV-positive African-American writer Yale Battle struggles with meth addiction, a dying cat, and the memories of his rocky long-term relationship with a talented but tormented dancer.

The novel follows Yale over one 48-hour period as he prowls the still-blasted New York City streets in search of both legal and illegal drugs, and for affection in the form of casual sex.

Consistent with the fragmented nature of Yale’s life, Ruff’s narrative shifts back and forth between past and present in sections, or “episodes” of varying length, each named for a different dance position, or style. Details of Yale’s previous relationships, including those with childhood friend Hillary who introduced him to same-sex adventures but claims Yale “assaulted” him, and Angel, whose life is a kind of distorted mirror for Yale as he attempts to sleep his way to the top, mix with Yale’s simultaneous attempt to contact both his doctor and his drug dealer. Yale is a self-admitted, sardonic and self-aware, mess:

I sometimes picture myself as rotting fruit. An Old Master still life of a moldy and infested watermelon. My breakdown is composed in subdued organic tones, with flies swarming just beyond the canvas border, the whole corpus of me oozing something like pink magma teeming with maggots….for the record, I actually prefer cantaloupe, which makes me think I was probably high when the fruit of art history morphed into the watermelon of me (pg. 26-27).

Memories of his relationship with the late Courtney Baines Arrington hold him together. A dancer with the Alvin Ailey Company when their relationship begins, Courtney and Yale fall in love and work together to create Courtney’s own dance company.

Courtney Baines Arrington’s portrait is almost a caricature of the difficult, willful, self-centered capital-A Artist, complete with a complex love/hate relationship with his parents. Yale’s writing slowly slips into the background as the details of running the company takes over more of his time, and readers may find themselves wondering why Yale stays with him. 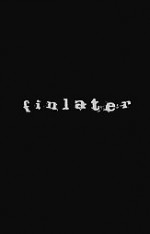 As he explains, in their relationship both good and bad are often intertwined:

When I wasn’t running around for dandruff shampoo in Edinburgh tracking down good food to bring back to the hotel for dinner in Aix-en-Provence, or massaging his body before and after every performance, I was setting up details of our next stop. He could be volatile and downright mean. I managed to get him a perfect hamburger in some small French town. “NO FUCKING KETCHUP,” he screamed at me. He threw the sandwich in the trash.

But whatever happened during the day, it was usually over by bedtime. He’d then turn into something like a child. I read aloud to him, sometimes actually lolling him to sleep. It was strangely parental — a beautiful stop in time’s continuum. (pg. 116)

Toss and Whirl and Pass is a compelling novel. Ruff quickly draws readers into the complex and intentionally fractured, at times hallucinatory narrative. One begins to genuinely feel for Yale Battle, wanting him to pull his life together. His clear-eyed insights into his “Tina” addiction prove that he is not totally lost to the drug, and the suggestions of hope offered toward the end of the novel hint at the possibility of redemption.