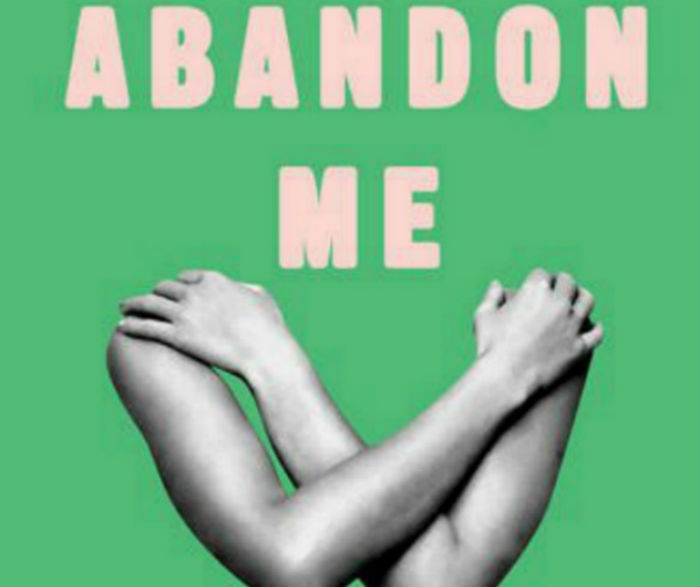 This month, Bloomsbury is releasing Abandon Me, a new memior from bestselling writer Melissa Febos.

In her dazzling Abandon Me, Febos captures the intense bonds of love and the need for connection — with family, lovers, and oneself. First, her birth father, who left her with only an inheritance of addiction and Native American blood, its meaning a mystery. As Febos tentatively reconnects, she sees how both these lineages manifest in her own life, marked by compulsion and an instinct for self-erasure. Meanwhile, she remains closely tied to the sea captain who raised her, his parenting ardent but intermittent as his work took him away for months at a time. Woven throughout is the hypnotic story of an all-consuming, long-distance love affair with a woman, marked equally by worship and withdrawal. In visceral, erotic prose, Febos captures their mutual abandonment to passion and obsession — and the terror and exhilaration of losing herself in another.

At once a fearlessly vulnerable memoir and an incisive investigation of art, love, and identity, Abandon Me draws on childhood stories, religion, psychology, mythology, popular culture, and the intimacies of one writer’s life to reveal intellectual and emotional truths that feel startlingly universal.

Sinuous and sensual, the poems of In Full Velvet interrogate the nuances of desire, love, gender, ecology, LGBTQ lineage and community, and the tension between a body’s material limits and the forms made possible by the imagination. Characterized by formal poise, vulnerability, and compassion, Johnson’s debut collection is one of resounding generosity and grace.

The new memoir Insomniac City (Bloomsbury), by writer Bill Hayes, is both a testament to the vibrancy of New York City and a candid exploration of love and loss:

Bill Hayes came to New York City in 2009 with a one-way ticket and only the vaguest idea of how he would get by. But, at forty-eight years old, having spent decades in San Francisco, he craved change. Grieving over the death of his partner, he quickly discovered the profound consolations of the city’s incessant rhythms, the sight of the Empire State Building against the night sky, and New Yorkers themselves, kindred souls that Hayes, a lifelong insomniac, encountered on late-night strolls with his camera.

And he unexpectedly fell in love again, with his friend and neighbor, the writer and neurologist Oliver Sacks, whose exuberance–“I don’t so much fear death as I do wasting life,” he tells Hayes early on–is captured in funny and touching vignettes throughout. What emerges is a portrait of Sacks at his most personal and endearing, from falling in love for the first time at age seventy-five to facing illness and death (Sacks died of cancer in August 2015). Insomniac City is both a meditation on grief and a celebration of life. Filled with Hayes’s distinctive street photos of everyday New Yorkers, the book is a love song to the city and to all who have felt the particular magic and solace it offers.

Acclaimed author John Rechy’s After the Blue Hour (Grove) is a dynamic novel of psycho-sexual gamesmanship set on a luxurious private island in the summer of 1960.

John Rechy’s first novel, City of Night, an international bestseller, is considered a modern classic. Subsequent work asserts his place among America’s most important writers. The author’s most daring work, After the Blue Hour is narrated by a twenty-four-year-old writer named John Rechy. Fleeing a turbulent life in Los Angeles, he accepts an invitation to a private island from an admirer of his work. There, he joins Paul, his imposing host in his late thirties, his beautiful mistress, and his precocious teenage son. Browsing Paul’s library and conversing together on the deck about literature and film during the spell of evening’s “blue hour,” John feels surcease, until, with unabashed candor, Paul shares intimate details of his life. Through cunning seductive charm, he married and divorced an ambassador’s daughter and the heiress to a vast fortune. Avoiding identifying his son’s mother, he reveals an affinity for erotic “dangerous games.” With intimations of past decadence and menace, an abandoned island nearby arouses tense fascination over the group. As “games” veer toward violence, secrets surface in startling twists and turns. Explosive confrontation becomes inevitable.

'Conflict Is Not Abuse: Overstating Harm, Community Responsibility, and the Duty of Repair' by Sarah...
'The Fool' by Grace Dunham
Alex Sanchez and Susan Stinson Awarded Outstanding Mid-Career Novelists' Prize