‘The Kissing Booth Girl and Other Stories’ by A.C. Wise

‘The Kissing Booth Girl and Other Stories’ by A.C. Wise 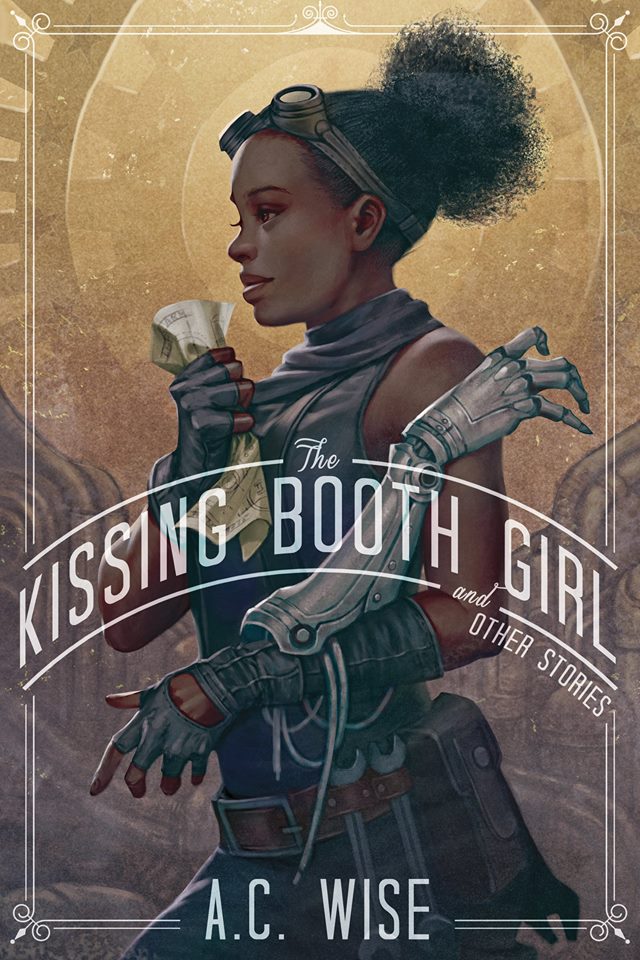 Some story collections are tied together by themes, others voice, still others ideas. A.C.Wise’s second collection, The Kissing Booth Girl and Other Stories, is tied together by a feeling. What feeling, exactly? That’s hard to put a finger on—at once uncanny, seductive, and disturbing. Consider this, from the story “Final Girl Theory”: “Voices whisper, words play backward, things slide, half-glimpsed, across the corners of the film, at the very edges, spilling off the celluloid and into the dark. (Is it any wonder the movie house burned down?)” The words border on amorphous, and yet—the world is so familiar, so almost real, so begging to be touched.

The Kissing Booth Girl and Other Stories is fantasy for sure—automatons, aliens, an armless albino circus wonder, and other unusual beings populate the collection—with steampunk elements, futuristic elements, and zombies for good measure; and Wise’s careful world-building makes each piece a pleasure to explore. Wise’s imagination and tone straddles many worlds as well; it is at once serious, as in “The Poet’s Child,” a story of theft, betrayal, and loss; and sassy, as in “Juliet and Juliet(te): A Romance of Alternate Worlds,” a sweet and silly story about a love that transcends time. There is a sensuousness bordering on the erotic in “The Pornographer’s Assistant” and “Evidence of Things Unseen” and a terrifying malice in the allegorical “A Mouse Ran Up the Clock.”

It’s rare these days to find a story collection with such a broad scope, and it’s nice to see such variety gathered together. If Wise’s prose occasionally errs into the pedantic, it’s unlikely to trip the reader up as the stories delve into underworlds or surprise with humor or tenderness. “The Astronaut, Her Lover, the Queen of Faerie, and Their Child” opens thus:

“Tell it right this time, Mama.” Dizzy nestles her head against my shoulder as I tuck the covers tighter around us.

Oh, moon-child, I will. The problem is, there’s never been only one way to tell this tale. …It twists and turns and slides like smoke through my hands.

The story is a love story, both of the romantic ilk and the mother-child kind. It also speaks to the impossibility of words to summon the essence of a relationship, something almost everyone can relate to. And perhaps this is the feeling that pervades The Kissing Booth Girl and Other Stories: ephemeral. Time is as fleeting here is it is everlasting. Grasp at it, and it will elude capture.

Lethe Press is doing some remarkable work for LGBTQ speculative fiction, and it’s not surprising that A.C. Wise’s collections (her debut, The Ultra Fabulous Glitter Squadron Saves theWorld Again, was published in 2015) have found a home here. Wise’s work brings literary together with genre, with the added bonus of well-writ gay, straight, bi, and asexual characters—The Kissing Booth Girl and Other Stories is achingly smart, sad, and weird in equal measure. A pleasure to inhabit, one distinct universe at a time.