Lambda Literary is proud to announce details of the 2017 Writers Retreat for Emerging LGBTQ Voices, the nation’s premier LGBTQ writers workshop and residency. The Retreat will be held August 5-12, 2017 on the campus of the Otis College of Art and Design in Los Angeles.

In 2007, Lambda Literary founded the Writers Retreat for Emerging LGBTQ Voices, a residency designed to offer intensive and sophisticated instruction to selected writers over a carefully designed one-week period. The Retreat provides open access to industry professionals and the opportunity for writing fellows to create an ongoing community of practice as they advance in their craft and careers. It is one of Lambda’s most important initiatives: it represents the future of LGBTQ literature.

Applicants of the Retreat submit prose, poetry or theatrical manuscript pages that are evaluated for craft, creativity and originality. Twelve students per workshop are accepted into the competitive program where they spend the week working on their manuscripts, attending guest lectures led by publishing industry professionals, and participating in public readings in venues around Los Angeles. Ability to pay is in no way part of the decision-making process and scholarships are available. Lambda Writers Retreat Fellows have gone on to publish an impressive array of works.

Lambda Fellows (Retreat graduates) are invited to return to attend faculty-led workshops or as “Writers in Residence” to work on a book in progress without needing to enroll in a workshop. Lambda Fellows should contact Kyle Sawyer, Programs Coordinator, at admin@lambdaliterary.org for more information. 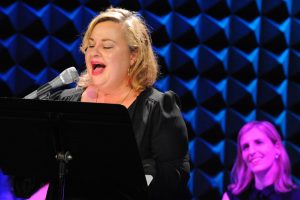 Diana Cage (NONFICTION) is an author, performer, essayist, and editor. She is the author of six books and editor of two anthologies of fiction and essays. Diana’s most recent book, Lesbian Sex Bible won a 2015 Lambda Literary Award. Her other nonfiction books include Mind Blowing Sex: A Woman’s Guide, Girl Meets Girl: A Dating Survival Guide, Threeways, Bottoms Up: Writing About Sex and the chapbook The Husbands. Diana’s nonfiction writing blends essay, memoir, and nonfiction prose to look intimately at sex, sexuality, bodies, relationships, and queerness. As a member of the What Would an HIV Doula Do? collective Diana works to bring attention to the HIV/AIDS crisis as an ongoing intersectional political reality. She is also a member of the feminist avant-garde literary collective Belladonna*, promoting and publishing critical, political poetry and prose. Diana was formerly editor of the historic lesbian magazine On Our Backs,  and host of The Diana Cage Show on SiriusXM. She lives in Brooklyn and teaches writing at Pratt Institute. 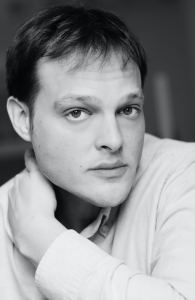 Garth Greenwell (FICTION)  is the author of What Belongs to You, which was longlisted for the National Book Award and shortlisted for the Center for Fiction First Novel Prize. A NYT Book Review Editors’ Choice, it is being translated into ten languages, and has been named one of the best books of 2016 by Publishers Weekly, Esquire, Slate, Vulture, and the New Republic, among others. His short fiction has appeared in The Paris Review, A Public Space, and VICE, and he has written criticism for The London Review of Books, the New York Times Book Review, and for the New Yorker and the Atlantic online. A native of Louisville, KY, he holds graduate degrees from Harvard University and the Iowa Writers’ Workshop. He lives in Iowa City. 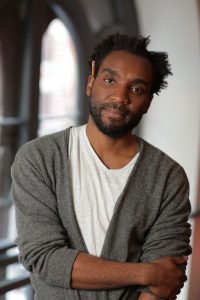 Phillip Howze (PLAYWRITING) is a playwright whose work has been developed or produced at Bay Area Playwrights Festival, BRIC Arts-Media, Bushwick Starr, Clubbed Thumb, Cutting Ball Theater, Theater Masters, PRELUDE Festival 2015, San Francisco Playhouse, SPACE at Ryder Farm, Sundance Institute, and Yale Cabaret. A graduate of Yale School of Drama, he is the 2015-16 Artist Fellow at Lincoln Center Education, and a member of the 2016 Emerging Writers Group at the Public Theater/New York Shakespeare Festival. He is currently a Resident Writer at Lincoln Center Theater, and was previously a visiting lecturer in playwriting at Wesleyan University. Prior to attending graduate school he worked in advocacy at the Open Society Foundations. 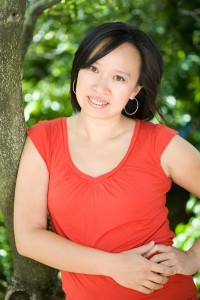 Malinda Lo (YOUNG ADULT FICTION) is the author of the young adult novels Ash, Huntress, Adaptation, and Inheritance. Ash was a finalist for the William C. Morris YA Debut Award, the Andre Norton Award for YA Science Fiction and Fantasy, the Mythopoeic Fantasy Award, and was a Kirkus Best Book for Children and Teens. She has been a three-time finalist for the Lambda Literary Award. Malinda’s nonfiction has been published by The New York Times Book Review, NPR, The Huffington Post, The Toast, The Horn Book, and AfterEllen. Malinda is co-founder with Cindy Pon of Diversity in YA, a project that celebrates diversity in young adult books. She lives in Massachusetts with her partner and their dog. 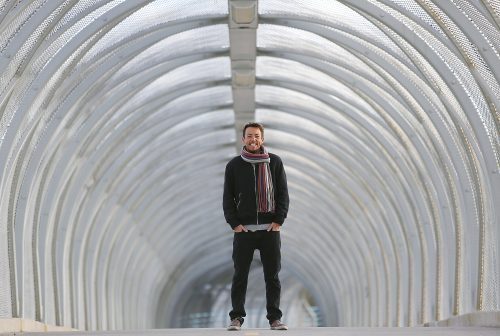 TC Tolbert (POETRY) often identifies as a trans and genderqueer feminist, collaborator, dancer, and poet but really s/he’s just a human in love with humans doing human things. The author of Gephyromania (Ahsahta Press 2014), Conditions/Conditioning (a collaborative chapbook with Jen Hofer, New Lights Press 2014) I: Not He: Not I (Pity Milk chapbook 2014), spirare (Belladonna* chaplet 2012), and territories of folding (Kore Press chapbook 2011), TC is also co-editor of Troubling the Line: Trans and Genderqueer Poetry and Poetics (Nightboat Books 2013), the first anthology of its kind. S/he is Core Faculty in the low residency MFA program at OSU-Cascades and Arts and Culture co-editor for The Feminist Wire. S/he spends his summers leading wilderness trips for Outward Bound. Thanks to Movement Salon and the Architects, TC keeps showing up and paying attention. His favorite thing in the world is Compositional Improvisation (which is another way of saying being alive). Gloria Anzaldúa said, Voyager, there are no bridges, one builds them as one walks. John Cage said, it’s lighter than you think. www.tctolbert.com

Guest lecture series will be announced at a future date.

The Writers Retreat for Emerging LGBTQ Voices is made possible, in part, by a generous contribution from Amazon Literary Partnership.

Lambda Literary believes Lesbian, Gay, Bisexual, Transgender and Queer Literature is fundamental to the preservation of our culture, and that LGBTQ lives are affirmed when our stories are written, published and read.  Our programs include: the Lambda Literary Awards, the Writers Retreat for Emerging LGBTQ Voices, LGBTQ Writers in Schools, and our web magazine the Lambda Literary Review at www.LambdaLiterary.org. For more information call (323) 643-4281 or e-mail admin@lambdaliterary.org.

Guest lecture series will be announced at a future date.

The Writers Retreat for Emerging LGBTQ Voices is made possible, in part, by a generous contribution from Amazon Literary Partnership.

Lambda Literary believes Lesbian, Gay, Bisexual, Transgender and Queer Literature is fundamental to the preservation of our culture, and that LGBTQ lives are affirmed when our stories are written, published and read.  Our programs include: the Lambda Literary Awards, the Writers Retreat for Emerging LGBTQ Voices, LGBTQ Writers in Schools, and our web magazine the Lambda Literary Review at www.LambdaLiterary.org. For more information call (323) 643-4281 or e-mail admin@lambdaliterary.org.