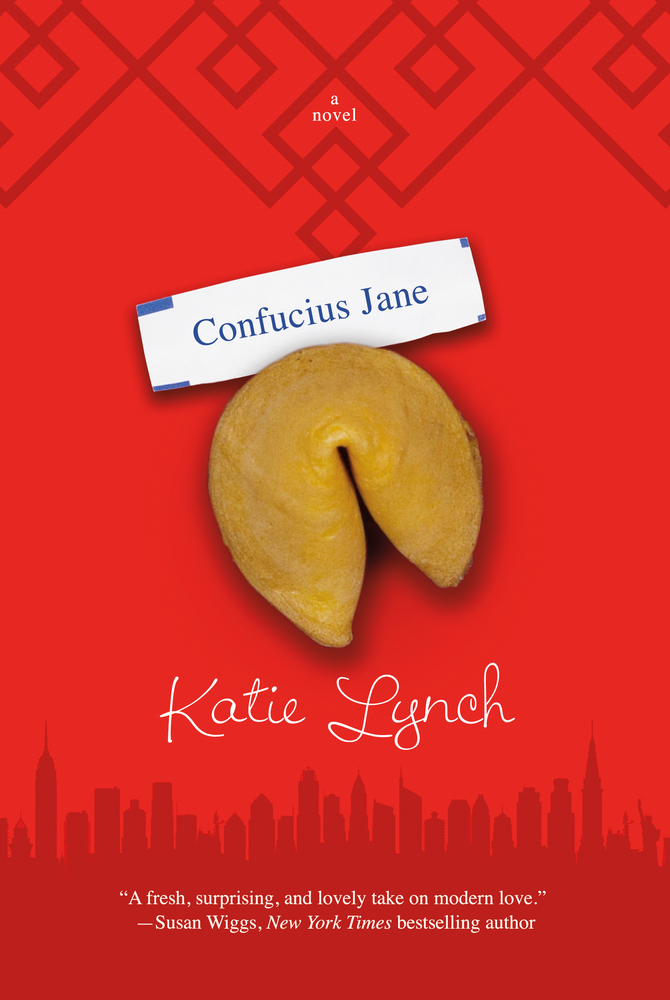 In the opening pages of Confucius Jane, we learn several things about main character, Jane Morrow: she is “hapa,” the progeny of Chinese and Caucasian parents, we find she has a precocious eleven year old cousin for a roommate, whose name is Minetta, and we discover Jane has a rapturous crush on a woman known to her only as “the Goddess in Glasses.” She spies on this woman as she eats dumplings at the restaurant Noodle Treasure, while Jane looks for inspiration to write fortunes in her tiny office at Confucius Fortunes Company across the street. Jane also struggles with her identity and her place in the world. She walked away from college just short of finishing her degree when unexpected tragedy struck, leaving her adrift on a sea of conflicted emotions, landing her at her uncle’s fortune cookie company.

The Goddess, whose real name is Sutton St. James, is a medical student, destined to follow in the large footsteps of her famous father, former Surgeon General and, more recently, the TV personality known as, “Doctor America.” Yet, Sutton St. James has other dreams, other ambitions threatening to divert her from the path encouraged by her father. Rather than become a neurosurgeon and “personality” like her father, Sutton longs for a quiet research position with potential for discovering a cure for the multiple sclerosis her mother has endured most of Sutton’s life. When Jane and Sutton finally meet, with the help of the older-than-her-years, Minetta, the attraction is inevitable, compelling, and fraught with difficulty.

The medical field’s phenomenon of “matching,” the annual competitive process to gain admission to residency programs, becomes a metaphor for the anxiety ridden waiting game Jane and Sutton engage in through the early pages of the story. However, with Jane a fan of openness and honesty, and Sutton holding her cards close to her chest, offering restraint, the two seem to be on a collision course of Titanic proportions—and when disaster strikes, several times over in their lives, the emotional rubble left behind becomes a wall that neither woman seems to have strength left to conquer.

Jane and Sutton are well written, flawed characters with potential for significant growth, and the story does not disappoint. Along the path the main characters walk, we are introduced to the endearing population of Jane’s New York City Chinatown. Her family and friends are kind, loving, accepting, and sometimes playful, in stark contrast to Sutton’s family, who are guarded, pretentious, demanding, and often infuriating, with Sutton’s father especially intent on remaining distant while trying to dismantle Sutton’s hopes for the future.

Minetta is Jiminy Cricket to Jane’s Pinocchio, Yoda to her Luke Skywalker, and sometimes, she is court jester to the King. She is a consistent character who introduces both wisdom and humor, pushing Jane into action or breaking the tension in all the right places. If it weren’t for Minetta, Jane would remain isolated and afraid to realize her own full potential. Although Minetta is a minor character, she is an integral part of the story, a masterful addition. Without her, something vital would be missing from this tale.

Lynch has given us a superb account of a struggling romance, the personal growth her characters must achieve in disastrous circumstances, and a community rich in tradition. There are a few technical missteps in the writing of this story, most notably, occasional point of view and passive voice issues, but the writing is, at times, lyrical and the story genuinely captivating.

Confucius Jane is a chronicle about redefining family and characterizing it beyond blood relations or race. It’s a tale about the potential to realize big dreams while overcoming the impossible to find true love and family in a world that would rather isolate and compartmentalize people. Most of all, it is an engaging, satisfying read.