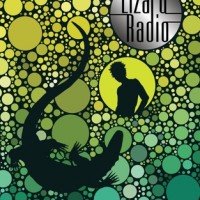 Lizard Radio by Pat Schmatz is set in an alternative reality where “problem” children can be sent to vocational camps. The world of Lizard Radio has a utilitarian focus on personhood and rigid gender binaries, which makes life difficult for the main character Kivali. After going through post-decision gender training when she was younger, Kivali opted to stay as a girl, but continues to struggle to make any gender fit. Even the label human does not seem right for Kivali: Lizard is her most stable identity. But her lizard identity is something she keeps quiet, an identity only shared with her bender, Schmatz’s term for gender nonconforming people, parental figures. Even with nonconforming parents, Kivali still finds herself sent to CropCamp, a place which pushes vocational training and drug use under the guise of sacred bonding all as a way to create submissive citizens which will work toward the good of society. Kivali must work to decide if she wants conform or break out from the situation she has been forced into. The constant threat of vaping (think of it as a sinister version of  the “Rapture” but randomly occurring to random people) hangs over the heads of those who cannot conform.

Schmatz’s prose speaks in a dialect unique to the story, just off enough to keep the reader from ever feeling like they are on solid ground. Much like the story, the truth Kivali feels seems impossible to reflect in the world she is living in. The prose swings into cerebral poetry and then back into more grounded speech. The text is full of the distinct dialect of the world, which is can be hard to pick up on at first. This style does make the action difficult to follow at times, but one of the goals of the book is to play with the idea of confusion.

I reach out, wanting solid touch. Krom laughs and materializes, wavers and melts and re-forms. Just as she is man/woman, he is particle/wave. I can’t settle on one perception or the other. I see both, and I see neither.

Kivali, although living in a reform camp at the time of the book, grew up raised by other gender nonconforming people. Despite this, Kivali still struggles with the questions of identity and self discovery. This is a story which could only be made in this point in history, as more and more children are being raised in LGBT families and families which openly express their acceptance of gender and sexual diversity. While this acceptance is amazing, it does not negate the internal struggle of discovery in a world that sees such behavior as deviant. Schmatz is careful to show that the biggest hurdle of growing up is learning to live with who you are growing into.

Lizard Radio is a love letter to genderqueer and gender nonconforming youth. It is a novel which speaks to the generation for whom labels are complicated and fickle. It speaks to the generation with accepting parents but for whom the internal struggle is still just as difficult in a world which has a very specific point of view. With Lizard Radio, we are introduced to new ways of talking about gender in fiction, which is an exciting development in the genre of young adult literature.