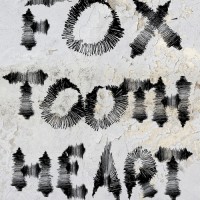 John McManus’s new collection Fox Tooth Heart is a gripping, often tragic meditation on the vast distance between inner life and outer expectations. Each of these nine stories create a rich world of personal struggle for their protagonists, worlds that tend to be characterized by an extreme dissonance of ability and opportunity where the very notion of salvation is called into question.

In “Gateway to the Ozarks,” a tragedy forces a crisis of identity for a young boy who is one of several clones of Thomas Jefferson placed with families throughout the country and across socio-economic lines in hopes of determining the limits of nurture versus nature. In “Cult Heroes,” Hunter, a mountain biking champion, wishes for emancipation from his Christian Scientist mother and sets off on a road trip to find his father on the eve of the government shutdown in 1995, a journey that culminates with the biking of the Grand Canyon. In “Bugaboo,” Max finds relief from crippling delusions in free-solo mountain climbing, setting in motion an inevitable confrontation between personal safety and personal well-being.

The impoverished circumstances of the Jefferson clone Carl Barton’s life repeat with great regularity for McManus’s characters who all seem to have drawn the short straw of privilege. But it’s Hunter and Max who best typify McManus’s protagonists. They are men endowed with extraordinary physical abilities who find themselves separated from a harmonious life by a deep chasm. Enabled by their gifts to rarefied realms of achievement, their coping skills narrow while their instincts to self-preservation tilt toward the increasingly desperate. To race down the Grand Canyon on a mountain bike or to free-solo the most foreboding peaks in Yosemite, is to telegraph that all is not well. Yet it is precisely these types of exploits that garner increased scrutiny, and with increased scrutiny comes a powerful impulse to retreat further into their compulsion, causing the situation to escalate. Speaking of the abusive relationship at the heart of the final story in the collection, “Blood Brothers.” McManus writes, “Sometimes he’d smack me upside the head, which we both liked.” One gets the sense that these men are running down the clock all the while goading the clock to tick faster.

Succor is in short supply in this collection as is equivocation. The book is too concerned with playing out the zero-sum scenario for that. Yet that is not to suggest a sadistic brutality with the reader. McManus’s muscular, sparse style cajoles the reader into epiphany the same way a drowning victim may cling to the neck of his savior. For the characters in these stories, the time for diplomacy has simply run out.