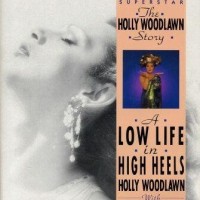 Pioneering trans actress and beloved Andy Warhol superstar Holly Woodlawn has passed away at 69. While the exact cause of her death has yet to be verified, during the last several months, Woodlawn’s health was in steep decline.

It’s believed she died at a hospice in West Hollywood.

Born in Puerto Rico and raised in Miami Beach, Woodlawn eventually came to New York, where she linked up with Andy Warhol and starred in underground classics like Trash and Women in Revolt.

After the era of the Superstars ebbed, she moved back home to Miami for a time, but more recently embarked on a cabaret career in New York and L.A.

In 1991, St.Martin’s Press published  A Low Life in High Heels: The Holly Woodlawn Story a memoir by Woodlawn (written with Jeffrey Copeland) that mapped Woodlawn’s journey from young rebel to beloved cult actress and performer.