‘When I Was a Twin’ by Michael Klein

‘When I Was a Twin’ by Michael Klein 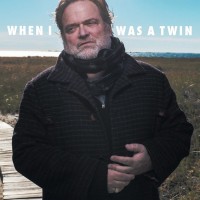 Good poets make us think; great poets make us imagine. And this is exactly what Michael Klein helps us do in his visceral, exultant, new collection of poetry and prose. With a long list of published poetry, essays, interviews, and reviews behind him; Klein has become one of our most significant contemporary poets and writers, making us indeed imagine both possibility and its concomitant risk. Whether he is recounting an image of 9/11, the ghost of a brother or the simple and serendipitous wedding to his husband, Andrew, Klein opens the envelope rather than pushes it; he posits joy even in the place of ashes.

Affable, jovial, and completely generous in person, a respected and loved teacher, Klein has also seen some things. And he doesn’t stand for bullshit. The insightful cover portrait of the author, by photographer Shef Reynolds, shows a handsome, pensive man. his head is cocked and listening, the sun like a benediction, his hands in a gesture of both ease and tension. It captures the intelligence and the innate capacity for being present that Klein exudes as well as that quality of holding things at bay: because he knows something is always about to happen; someone is about to arrive. This capacity and presence is everywhere in this new volume of work.

In the opening poem, “Harmonium,” Klein deftly captures more than a few currents of the sexual, cultural, and political conversation we are having:

Here’s what different: Bruce, who is now Sheila,
won’t join a gym because she’s still transitioning
and can’t change clothes in either locker room.
She’s between two rooms of time. And the country is different
but the same—everything we talked about. Nothing really changes
except context. But there’s a lot more death since you died […]

In one of the Russias you can’t be gay.
When you were alive the best thing about being gay
was the poetry and the other arts that came through
the gay body. Now all anybody wants to do is get married […]

The collection also is resonant with Klein’s constant subjects: love and its lack as well as its abundance; parents, lovers, alcoholism and recovery, abstinence and promiscuousness, horses (his memoir Track Conditions is one of the most compelling stories of a hard life among horses–and one particularly loved and legendary horse, Swale). But fitting among these constants are his love for the theater, his questioning of the human in an increasingly technological and celebrity-ridden world, and the maligned future of real connection.

But above all, the book absolutely sings with the spectral voice of his brother, his twin, Kevin, who died at an early age. And it is his writing about Kevin, which he has done in previous poems and a memoir that makes this collection both a celebration and a dream of him. Klein understands deeply the conjugal and erotic duality inherent in the experience of being a twin: that mirroring fusion of the self even as one tries to separate and be a single identity, all one’s own. But rather than fill these things with worry and mysterious hand-wringing, Klein looks it all straight in the face, in the eponymous essay, “When I Was a Twin”:

Every twin lives twice—one is real, one is imagined—one is
being alone by night and one is with his twin by day; the other
lit by wondering what life would be like without the other one.
Twins that are co-joined are actually hardwired that way—made
to think about what life, detached from the next life, must really
be like.

I am the survivor because I think I can feel my brother more now
than I could feel him in our living.

I am the survivor because I feel guilt not to have survived but
to have always known that I would be the one who would be
writing this sentence.

There are so many sentences and lines of poetry throughout this volume that make one stop and just stare at the page and the words in wonder. I often found myself either on the verge of tears or ready to grab on to someone and just hold them. Klein, if not seen as a romantic poet, is certainly not a jaded one when it comes to love. I think it is because he had and has such incredible real love in his life—which he is inordinately thankful for—but he also remembers when it wasn’t there; when love was elusive, stagnant, or just simply wrong. In one of the most beautiful poems in the book, “The Early Minutes of Without,” Klein remembers a past from a new realm of time:

You thought you were spared
falling in love with another drunk
now that you were sober and could feel
the ordinary grain that ran
though everything.

You were awake in the great city and moved
among the civilians you couldn’t move among
before: structure time and dress for the weather.
And love did bring a man who told
you once

coming in from the dark and a cigarette that he
missed you. Already, that; told you that a person
could miss somebody even more in the early minutes
of without. You were close to him then—in the barely lit. And
you stayed.

This book is more than poetry, though even the prose pieces and essays are filled with it; you cannot tell where the prose ends or the poetry begins. Michael Klein writes every sentence with such attention, as if every word were a particular person he was addressing. He writes small theater ‘reviews’ that make you see Giulietta Masina “walking through a dream of trees,” or Cherry Jones in that particular dress, as she “stands for the idea of a future husband she can see through a curtain of jonquils.” Every object that Klein looks at takes on a new skin; transparency becomes an act of clairvoyance in these works. But more than anything else, Klein in these new works rejoices in constant seeing: he has that quality that Elizabeth Bishop wrote of: “The tumult in the heart /That keeps asking questions.”

Radiant Fugitives: A Family and Country Test Their Capacity for Change
'Nothing Looks Familiar' by Shawn Syms
GunnShots: Spring 2011