Chinelo Okparanta: On Her New Novel ‘Under The Udala Trees’ and Being a Champion of Love

Chinelo Okparanta: On Her New Novel ‘Under The Udala Trees’ and Being a Champion of Love 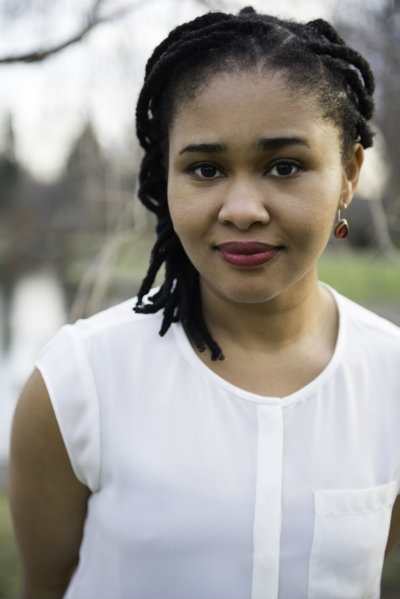 Chinelo Okparanta’s stunning debut novel, Under The Udala Trees, is an epic story of love in the face of despair. Set in post-Civil War Nigeria, young Ijeoma comes of age in a country where following her heart may get her killed. Despite this reality, and the confounding religious principals she is raised with, Ijeoma’s story is one of tremendous hope.

Okparanta took time to answer some questions about the relationships in this novel, tackling homophobia in Christianity, and her many literary influences. “I’m a champion of love,” she writes, “so I always have hope.”

I heard you recently say at a reading that you are obsessed with relationships. Is there a relationship in this novel that you think most influences Ijeoma’s life?

Yes, relationships fascinate me. I love observing people, asking them questions and learning how they negotiate their relationships, whether romantic relationships or friendships or familial relationships. Every relationship seems to have its own unique currency based upon which they either thrive or chronically fail.

Where Ijeoma is concerned, perhaps her greatest (most primal) influences are her mother and her father (even in his death). Both parents–for their positives or negatives–are responsible for laying the groundwork for her mental and psychological understanding of the world, for essentially rendering her an emotionally intelligent young woman (emotional intelligence being, in my opinion, far more important than any other sort of intelligence).

In terms of a relationship that most influences Ijeoma’s sexuality, I know that theories will abound, especially from those with more conservative outlooks on these things. These people might say that Ijeoma’s growing up without a father is the reason for her attraction to women. Or maybe they will say that her mother’s sending her away is the reason she begins loving women. The most conservative of readers might even just conclude, as Adaora also does, “It’s the devil causing [her] to be this way.” My response to all of that simply is: Ijeoma loves women; what’s the big deal? In the end it’s love, nothing less, so what does the reason matter? It’s too bad that so many of us have a need to psychoanalyze love and destroy it in the process.

Christian religion plays a huge role in Ijeoma’s coming of age. How did you balance bringing that heavy influence into the novel?

Actually, I didn’t find it a heavy influence at all. Just a normal sort of influence. Most of the world is, after all, religious. I felt it was important to tackle to the issue of homophobia [in relation to] Christianity, because Christianity has historically been the greatest platform on which homosexuality has been condemned. I thought it might be nice to write a novel that meets the naysayers on their own platform.

There is so much devastation throughout this story, but ultimately it is a story of hope. Was there something in particular that gave you hope while you wrote this novel?

This is primarily a story of love. Love in all its glorious forms–love between parents and children, between man and wife, between friends, between two women, etc. Agape, Philia, Storge, Eros. It’s all in the novel. It makes sense, then, that there should be hope. What gave me hope? I’m a champion of love, so I always have hope.

Were there novels or writers that influenced you when writing this book?

Every book or story I’ve ever read and loved most likely influenced me in some way. Achebe’s Things Fall Apart, Flora Nwapa’s Efuru, Mariama Bâ’sUne Si Longue Lettre, Antoine de St. Exupery’s Le Petit Prince, Duras’s Moderato Cantabile, Moliere’s L’Ecole des Femmes, McEwan’s Atonement, Alice Munro’s stories, Nikki Giovanni’s poem “Legacies,” Marilynne Robinson, Kazuo Ishiguro, Edwidge Danticat, my classmates at the Iowa Writers workshop, etc. I’ve been influenced by all of these writers equally, and have grown as a writer as a result. All of them, I imagine, in some way will continue to have a great influence on me.

Queer Spirituality: What Can Poetry Tell Us? A Conversation with Julie Enszer and Kevin Simmonds
'Palmerino' by Melissa Pritchard
A Poem by Diana Hamilton