Gary Indiana: On His New Book ‘I Can Give You Anything But Love’ and the Impossibility of Happy Endings

Gary Indiana: On His New Book ‘I Can Give You Anything But Love’ and the Impossibility of Happy Endings 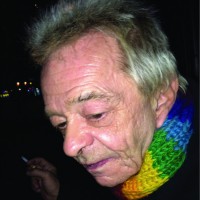 “There aren’t any happy endings! We die! How could anything have a happy ending? Life is pessimistic because we die! Corruption in our daily lives, and we die. So let’s eliminate the idea of a happy ending.”

When reading novelist and cultural critic Gary Indiana’s new memoir I Can Give You Anything But Love (Rizzoli), one can be easily intimidated by his highly confident writing style; by his erudition, which ranges from the literary, to the political, to the pop; and by his frankness about, well, about all things, particularly all things sexual.

When reading about Gary Indiana, one might be equally intimidated by the things some people say about Gary Indiana. Some say he has a chip on his shoulder. His art criticism for was particularly biting. And so on.

Imagine, then, how happy I am to report that, when talking with Gary Indiana on the phone this week, I was once again reminded that there’s often a difference between a writer’s persona and the writer themselves.

Which is all to say that the Gary Indiana I spoke to was pleasant. He was gracious with his time. He laughed, and he made me laugh, too.

I imagine it’s a busy time for you. Is that right?

It is. I have a gallery show in Los Angeles in October, and a book [The memoir I Can Give You Anything But Love] coming out in September.

Speaking of books, you’ve published some seventeen titles. Do you have a favorite title among your fiction titles? And would that fiction favorite be a good book for a newcomer to your work to start with?

Well, you know, I like all my books. And hate them too.

But I have to say I really do like Resentment.

What about Resentment makes it a good introduction to you work?

It’s a book that takes on a lot about American society that’s defective. And it’s a funny book. It’s based on the Menendez trials, you know.

So I got to write about Los Angeles. It’s a love letter to Los Angeles. East Coast critics thought it was a grand jury indictment of Los Angeles. But nobody would know all that stuff about Los Angeles if they didn’t love it. It deals a lot with the legal system. It deals a lot with gay people. Three of main characters are gay and die at various points [in the novel]. It’s based on How to Marry a Millionaire. Nobody ever got that, but I did base the structure on How to Marry a Millionaire. It’s really about three dysfunctional guys trying to find love in a really fucked-up city. And then there’s this serious side. Although I couldn’t take the Menendez trials very seriously, except that their lives were at stake, of course. That was serious. But the whole procedure was like an epic Russian novel—the first trial, I’m talking about, not the retrial—because they judged the brothers on so much intimate family history. It was this saga of their whole lives since the day they were born. I thought that was a very compelling story. I know people who watched that trial. They never got out of bed. They just turned on Court TV first thing. And I did too, except when I was out there. I went to the trials a few times. To me, it said a lot about families, about the effects of parents on children.

And as you say, it’s a novel that’s funny and not so funny, straight and gay.

It’s a satirical novel. I tried to make it as funny as I could without losing track that it was about the justice system, something quite serious.

It’s a title I’ve yet to read, but I do have a copy and will get to it, looking for the How to Marry a Millionaire elements.

It’s kind of woven seamlessly into the whole thing. It was just one of the things I had in mind. You know, I wrote a book called Rent Boy that I based on the movie Shampoo, the Warren Beatty film. You remember in Shampoo the Warren Beatty character can’t sit still. He has to be doing something every minute. Or else he’s going to think about his life. And he doesn’t want to do that. The rent boy in my book has something like six different jobs. He’s an architecture student and he’s a rent boy, a photographer’s assistant and a waiter. He never stops moving. I based it on Shampoo, but nobody picked up on it, ever. (Laughs) It’s about the demise of Rockefeller Republicanism, the last gasp of that wonderful histocracy Republicans used to have when they were just rich people who wanted to have a good time. You know, like before they became whatever the fuck Donald Trump is, or whatever he’s trying to be at the moment, let’s say.

Several of your titles are being reprinted?

What’s come to be called a crime trilogy—not by me, but by other people—that’s being reprinted by Semiotext(e). [The “crime trilogy” consists of Resentment, Three Months Fever, and Depraved Indifference.] And Itna Press has reprinted Do Everything in the Dark. Next it’s going to reprint Rent Boy in a volume that will also contain my collected stories.

I Can Give You Anything But Love

You tell a story in I Can Give You Anything But Love about a writer out in Los Angeles who you showed some of your early work to. He encouraged you to write about the “homosexual world” you were living in. That’s general overall direction. Once you moved to New York City and you started writing more seriously, did you have anyone who gave you very specific, on-the-page help—you know, with major edits and with minor tweaks?

And trying to make a living.

That, too. But making a living is an engagement with the world. When you’re writing, you’re in your own world, of course. But it shouldn’t be entirely your own world because then nobody can relate to it.

The content of your books can be, from some people’s perspective, radical. When you consider that many LGBT readers are currently assimilating into the broader culture via families and marriage, how does that affect you what you’re writing?

That’s a good question. I don’t think about it for myself. I mean, I think about it. But I don’t restrict myself in terms of what people want a gay person to be like. (Laughs) I think that “radical” is just another word people hang on you when they want to mark you out as different—it’s a word that’s used a lot with respect to me lately. I don’t really see myself as being all that drastically radical. I have a world view. I have a sense of what I think is good and what isn’t good and it’s complicated. And by the way, I’m not against the idea of a society loosening up its attitudes sexually. American society is particularly punitive about sex. We’re puritanical on the subject. But I can’t—I’m not going to change myself into something I’m not.

Or put happy endings on your novels?

There aren’t any happy endings! We die! How could anything have a happy ending? Life is pessimistic because we die! Corruption in our daily lives, and we die. (Laughs) So let’s eliminate the idea of a happy ending. And let’s face it, heterosexual people are just as diluted on that point. They invented the happy ending, the idea that marriage, that having children and raising a family, constitutes some sort of eternal happiness. Happiness, as Fran Lebowitz has pointed out, happiness is a mood, it’s not a condition.

The Banal and the Profane: Nik Nicholson
'My Butch Career' by Esther Newton
Kathe Koja: The Outer Alliance