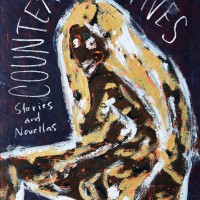 “There is a concept that is the corrupter and destroyer of all others. I speak not of Evil, whose limited empire is that of ethics; I speak of the infinite.” – Jorge Luis Borges

Counternarratives is a book, I confess, too large to fit within the confines of a book review. The stories span across history and time, the intertextuality of which can be likened only to other writers of this caliber: Annie Dillard, for example, or Jorge Luis Borges himself.

The remarkable thing about this kind of book–this expansive, wide-reaching book–is that the writer expects the reader to be as well-read as they are, or to at least engage with the text in an intentional way. In Borges’ Fictions, for example, there is so much data, historical or fictional, woven into the narrative that a reader must take one of two paths: either fact-check voraciously, or live in the not-knowing.

John Keene’s work appears to promote the latter modality of thinking, the occupying and admission of the liminality of history and time. After all, these are stories based, sometimes more strictly than others, on historical/canonically literary narratives, but queered/skewed in a way that has the reader asking existential questions: Why bring back Jim to meet with Huckleberry Finn, for example? The answer here is brilliantly complex–to answer and fulfill the needs of readers who have been familiar with the story since its inception.

Though this book, and Keene’s work in general, straddles the intertextuality of Borges, as well as the fiercely stark qualities of some of Sherman Alexie’s best work, his style and voice are all his own. His style, even, is difficult to pinpoint; in this book, he switches gears rapidly, embodying each character he has written with fervor, and a palpable authenticity so strong, the reader loses themselves in the wilderness of not-knowing, the impossible jungle of truth and not-exactly lie.

There is much talk about this particular book paving a new way in modern literature, however I think that statement is slightly reductionist. Yes, these are new paths we are seeing, new ways of connecting time and non-linearity–however, we are also seeing a fulfillment of Borges’ concept that the same themes come up in literature, since time eternal. That occupying multiple voices truly allows for a piece of writing to both showcase, as T.S. Eliot says, the idea of tradition (that which came before), and individual talent (the specific voice of the writer).