John Keene: On Hidden Histories and Why Writing Against Official Narratives is Queer

John Keene: On Hidden Histories and Why Writing Against Official Narratives is Queer 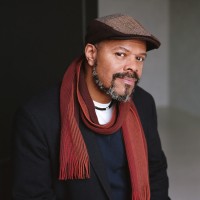 “The stories in Counternarratives trouble contemporary narrative conventions in American fiction, in part through an emphasis on storytelling in itself; through a play with structure, genre and voice; and through the queerness of the characters themselves.”

Ranging from the 17th century to the present and crossing multiple continents,Counternarratives’ novellas and stories draw upon memoirs, newspaper accounts, detective stories, interrogation transcripts, and speculative fiction to create new and strange perspectives on our past and present. In “Rivers,” a free Jim meets up decades later with his former raftmate Huckleberry Finn; “An Outtake” chronicles an escaped slave’s fate in the American Revolution; “On Brazil, or Dénouement” burrows deep into slavery and sorcery in early colonial South America; and in “Blues” the great poets Langston Hughes and Xavier Villaurrutia meet in Depression-era New York and share more than secrets.

Keene spoke with The Lambda Literary Review about his new book, hidden histories, merging fiction with reality, and why writing against official narratives is queer.

What was the genesis of the idea for writing the works collected in Counternarratives?

Before I begin, I want to thank you for the invitation to field questions about my new book. I love to read history books, and years ago, when I came across the late historian Lorenzo Johnston Greene’s The Negro in Colonial New England, I could not stop thinking about the hidden histories his book and similar books revealed. I had spent about ten years in Boston and was living between New Jersey and graduate school in New York City then, and I knew there had been slavery in the North, though I only had a vague sense of how extensive it was and how it functioned. But I began to think about how slavery connected with other aspects of American and African-American history, down to our present day, and my imagination took over. Writing hidden stories into being and writing against official narratives became my guiding principles. I wrote the first story, “An Outtake from the Ideological Origins of the American Revolution,” and then thought I might write others linked to it, though my initial conceptualization was somewhat different from the book that emerged. It took me a while to complete, in part because I lost whole drafts of several of the stories about ten years ago, without having saved or printed them out, but having rewritten most of what I lost, I’m happy with what resulted.

Why do the stories vary from one to another in terms of style and form?

One lesson that I learned a while back from the great writer Sarah Schulman was that each work should and must find its own voice and form. While there are commonalities of language, tone and so forth, each of the stories in Counternarratives is doing something different, so each takes a distinct form, often directly informed by the subject matter. That is why there is a double-columned story, one with text boxes, another in the form of a letter, and so forth. As a result, I think of the collection as a literary and archival mixtape.

Can form itself be queer?

The answer, I think, is yes. If form pushes against and destabilizes usual norms and conventions, then it would be queer, no? The stories in Counternarratives trouble contemporary narrative conventions in American fiction, in part through an emphasis on storytelling in itself; through a play with structure, genre and voice; and through the queerness of the characters themselves. Nevertheless, the stories all are—at another level, I trust—accessible and readable.

How much research went into the stories in Counternarratives? Did you come across any surprises?

With all of the stories, my approach was to do a little background reading and then write, letting my imagination guide me. After several drafts, I would check things through research, in an effort not to get things grossly wrong. In fiction, you always have the defense that you can do what you like, but I wanted to avoid obvious mistakes. I came across many surprises; one, for example, informs my story “Blues,” about Langston Hughes and Xavier Villaurrutia. After I had written a few drafts of the story, in an old issue of one of the New York African-American papers from that era, I found an overt, campy reference to a queer-friendly Harlem restaurant. I made sure to use that spot in the story. There were many little moments like this.

How do you manage the mix the real and historical with fiction and the imagination? What ways did you use to avoid overwhelming the narratives with historical detail?

I wrestle with these questions. In terms of the former, I think about how reality functions for different cultures and how permeable realism is. Superstition under one perspective is spirituality under another. Merging the real, historical and fiction also has a venerable history; writers like John Edgar Wideman, Samuel R. Delany, E.L. Doctorow and Ishmael Reed, among many others, of course, did this long before me. (Also, so much of our entertainment nowadays, and even our news, is mediated by scripted and semi-fictional reality, for good or ill.) With regard to your second question, I aimed for each story to be about the characters. Their perspectives shape everything in the text, which makes it much easier to deal with the historical material. But it is tricky, since a lack of historical detail creates a material thinness that also can be problematic. I tend toward observant characters, many of them (proto-) artists or intellectuals, so they do notice things, perhaps more than the average person, and much of that appears in the stories.

Why did you feature 20th-century queer writers Langston Hughes and Mário de Andrade in two of the stories—and why include sex scenes?

Hughes and Andrade are heroes of mine. Towering modernist figures in their respective countries, both were of African descent, both displayed multiple talents, and both are now widely though not uncontroversially understood to have been gay, so I wanted to offer glimpses at moments in each man’s life, particularly beyond their youth. In the case of both, a public narrative arose that elided their queerness. With Hughes, we saw this with the furor, sparked in part by the Hughes estate, around Isaac Julien’s 1988 film Looking for Langston, and later in Hughes’ biographer Arnold Rampersad’s suggestion that Hughes was “asexual.” In Brazil, with Andrade’s life, a similar storyline that downplays his queerness has developed. There are so many clues in each man’s work, as well as in their biographies, letters, etc. Also, as scholar Robert F. Reid-Pharr has suggested in Hughes’ case (and this could be the same for Andrade), and as the CUNY Lost and Found Series of pamphlets exemplify, there are still archival troves that have yet to be examined. I should add that in both cases, their poems provoked me to write about them, and for both, I also wanted to make the sex(uality) a reality.

Fiction writers sometimes speak of their characters “getting away from them” and behaving in their own way rather than how their authors had intended when first plotting out a story. Did this happen to you here?

This happened on multiple occasions. In the story “A Letter on the Trials of the Counterreformation in New Lisbon,” I had a vague sense of how the story would unfold, but the voice of the narrator (whose identity I cannot reveal) and the actions of the enslaved person João Baptista kept heading to places I had not expected. I followed both to where they led me, and the result is, I think, pretty interesting! With “The Aeronauts,” at least two or three times, little Theodore’s—Red’s—actions, and those of his cousin, were not what I originally had in my head. When Red goes back to visit the encampment where he had stayed in northern Washington D.C., I was surprised—and I was writing the story!

On the flip side of this, in using historical characters—or someone like “Jim” from Huckleberry Finn, a fictional character so well known as to seem “real”—did you feel any constraints introducing them into your stories?

It was a bit daunting to take on “Jim” from Mark Twain’s novels, though I also wondered why no one had done so before. (Or maybe someone has.) I remember having to read Huck Finn as a high school freshman, and in addition to my consternation whenever the N-word appeared (which meant my white classmates could say it with impunity), I can recall my fascination with Jim. His spirituality, his humor, his forbearance, and that hairy chest! With the exception of the river trip, his life trajectory would have been that of some of my ancestors in Missouri, so in part, opening up his story was a way back into theirs. Also, one of the premises of Huck Finn is a bit shocking and absurd, when you think about it, as Jane Smiley has pointed, in that taking an enslaved person deeper into Confederate territory would be the worst thing to do, so I resolved to address that creatively. Thus, it occurs in two different stories: the Jim story “Rivers” and “The Aeronauts,” though with a different and vital rationale in both cases.

Lexie Bean on the Power of Writing Letters to Your Body
Nikky Finney: Heart, Truth, and Justice
How Everett Maroon Turned Me Into an Unintentional YA Fan