Brad Gooch: On Remembering the 1970s and 1980s and Writing His New Memoir ‘Smash Cut’

Brad Gooch: On Remembering the 1970s and 1980s and Writing His New Memoir ‘Smash Cut’ 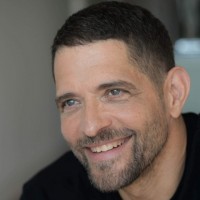 “I had not really revisited these memories deeply since I shut the door on them over two decades ago. I discovered that I had intact, vivid memories, as if on a dolly track, reliving walking the halls of the AIDS wards of St. Vincent’s Hospital.”

In his new memoir Smash Cut, novelist (Scary Kisses) and biographer (City Poet: The Life and Times of Frank O’Hara) Brad Gooch recounts his experiences in New York City during the turbulent ’70s and ’80s. With his relationship with filmmaker Howard Brookner as the focus, Gooch covers a dizzying array of events and a constellation of notable characters in retelling his life with Brookner, from their first date in 1978 to Howard’s death at age 34 in 1989.

On behalf of Lambda Literary, Reginald Harris spoke with Gooch via email about the ‘normalization of gay life’ since the 1970s, nostalgia, and the negative influence that writing biography had on his memoir, Smash Cut.

How difficult was it to bring it all back—to access these sometimes painful memories?

I tricked myself a bit writing the book. I have been working for five years on a biography of Rumi, the thirteenth-century Sufi poet, which has involved learning Persian and traveling to Syria, Iran and Central Asia. I was becoming frustrated by not writing but only doing research, and so I began writing the memoir as a kind of rebellion, almost as a means of relaxation from the biography. Every day around four or five in the afternoon, as it was getting dark, I would write the memoir. I was seduced at first by the pleasures of remembering the Roaring Seventies, and being back with Howard again in those early days of our friendship and love. They were romantic, utopian days, for us and for artists and gay people, certainly in Manhattan. When I turned the corner into writing about AIDS, I was already deep into remembering. I stopped for a bit, realizing what I’d gotten myself into. I had not really revisited these memories deeply since I shut the door on them over two decades ago. I discovered that I had intact, vivid memories, as if on a dolly track, reliving walking the halls of the AIDS wards of St. Vincent’s Hospital. The shift in emotional tone for me as a writer was exactly the radical emotional shift in tone of the era, which broke apart in the middle, when the dream crumbled, hence part of my use of the editing term “smash cut.”

Could you speak a bit more about being “not nostalgic just shocked…at the difference between then and now” in New York and gay life in general? What changes have been the most surprising?

Well, certainly, the financial situation has changed in New York, and therefore much with it. We lived in $180-a-month studio apartments, so our creative lives were much easier, and there was more of a proliferation of clubs and bars in all the fallow real estate. I walk by the Chelsea Hotel everyday; that’s where Howard and I lived. It’s being renovated as a luxury boutique hotel instead of the sketchy bohemian folly, and firetrap, which it was when we were living there in the early ‘80s. In the ‘70s when I arrived in New York City to go to college at Columbia, a gay public social identity was not really available. We had the first campus gay lounge in the basement of my dorm at Columbia, with some broken sticks of furniture. Many came to the city with ambitions to be poets, painters, intellectuals and such—and to escape repressive ‘50s-era American families and communities—and then, the personal became political. As the first “out” generation, we made it up as we went along. Taking a kinky photograph à la Robert Mapplethorpe was also a political act. Fashion innovations such as lumberjack flannel shirts or biker boots and sideburns were also redefining the image of gay men, following a more Boys in the Band fey notion. Now gay is an identity that young people can come to inhabit: with gay neighborhoods, gyms, restaurants and TV shows. I’m not nostalgic because I would never wish to give up legal protections that have come with the “normalization” of gay life. I’m married and have a baby; neither was an option then.

Other than Howard, is there something or someone from the past that you miss the most?

I’ve been thinking a lot recently about—and wrote about a bit in the memoir—J.J. Mitchell. He was my first boyfriend in adult life, and he had been with Frank O’Hara when the poet was struck on Fire Island by a jeep. J.J. was a kind of golden boy; he went to Harvard, wrote poems, made pastels and was a brilliant talker. He also pissed his life away without ever applying himself to any career or leaving behind any cultural artifacts when he died of AIDS. Yet, he continues to burn brightly in my mind. He was also a common type of the period. Like performance artists, there were many others who were larger than life, but who almost knowingly refused to capture their lightning bolt into any bottle and just talked and partied. Like theatre, they only existed live.

Is there something from the present that you wish you’d had in the ‘70s and ‘80s?

The medical cocktail, for at least incrementally managing AIDS.

After writing two well received biographies (of Frank O’Hara and Flannery O’Connor) and now at work on a third (of the poet Rumi), you are now best known as a biographer. Did the writing of biographies affect your decision to write a memoir? 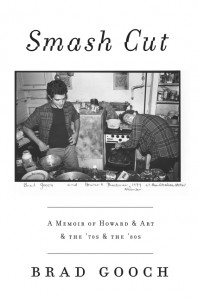 Well, I suppose writing biographies was a sort of negative inspiration: I began working on the memoir to rebel against the painstaking and long research phase I was experiencing in planning the Rumi biography, and I enjoyed the pleasure of writing about a story I knew well: my own and Howard’s, and one about an era I didn’t have to recreate with historical imagination but simply remember. It was nice not to have to hunt and peck for facts between the composing of every sentence. Still, the practice of the craft of biography helped me to know that chronology is the spine of meaning in any life, and that putting memories on a timeline would help me to understand more.

Was there ever a thought of (re)turning to fiction to tell this, or parts of this, story?

Well, I’ve written about some pieces in novels. Scary Kisses was drawn from my period modeling, which I present in its nonfiction version in Smash Cut. The last quarter of Golden Age of Promiscuity was a fictional version of the early phase of my relationship with Howard. A lesson from novel writing that helped in writing the memoir was the importance of characters, e.g. people. When I first started writing, the memoir I was thinking of more as a kind of romp through the fabulous blur of cultural and sexual life in this fabled time. But that inspiration was not deep enough, and I ran out of colored steam. Then, I discovered that the heartbeat of the memoir was Howard and Brad. Just as novels often come to life when the characters come to life and begin to take on their own life, with attendant surprises, so I discovered the through line was Howard.

Are you interested in continuing the memoir, extending the story into the ‘90s and ‘00s?

I don’t have any plans or vision for such a project at the moment. I’ve happily returned to working on the Rumi biography. But you never know.