‘Wagstaff: Before and After Mapplethorpe: A Biography’ by Philip Gefter

‘Wagstaff: Before and After Mapplethorpe: A Biography’ by Philip Gefter 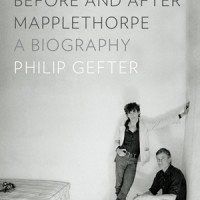 History books and literature are chock full of talented men and women (although predominately women) whose identities are defined solely by their relationship to a more famous or successful person. A particularly egregious recent example is the way that noted model, stylist, and fashion and costume designer L’Wren Scott, upon her death this past March, was immortalized by the press as “Mick Jagger’s girlfriend”.

Reconstructing and highlighting the lives and deeds of these individuals as individuals is not merely a noble pursuit—in the hands of a skilled researcher and writer, the results can be as eye-opening as they are entertaining. Such is the case with Philip Gefter’s Wagstaff: Before and After Mapplethorpe: A Biography (Liveright), which centers on the life and work of curator, collector, and patron Sam Wagstaff. If Wagstaff is known outside of the art world at all, it is generally as the mentor and lover of photographer Robert Mapplethorpe (who famously received his own moment in the literary spotlight in Patti Smith’s beloved 2010 memoir Just Kids).

Gefter is perhaps best known as a fifteen-year veteran of The New York Times and preeminent photography critic, and this biography is more than just a list of names, dates, and quotes—it’s a book-length argument for Wagstaff’s importance in the world of American art. He makes his agenda plain in the opening paragraph of the prologue: “… Sam Wagstaff played a more influential role in shaping art history during the second half of the twentieth century than is widely understood.” And while he credits Mapplethorpe’s with “Wagstaff’s absorption in photography to begin with,” Gefter also proposes that “Mapplethorpe was only the last and most conspicuous of Wagstaff’s distinctions.”

The portrait Gefter paints of Wagstaff is one of allure and contradictions: “aristocrat and iconoclast, pillar of society and obdurate bohemian, eligible bachelor and unrepentant homosexual.” He was traditionally handsome, brought up in a wealthy family, and Yale educated, but he also continually defied the conventional thinking about how a person with that pedigree was supposed to act. Ultimately, Wagstaff is revealed to be a man who reveled and celebrated his idiosyncrasies and followed his whims, be they affairs of art or the heart.

Gefter obviously did a tremendous amount of meticulous research and has crafted a narrative that intertwines the emergence of photography as a legitimate art form and societal shifts like gay liberation and the AIDS crisis. For those without a solid art history background, the constant stream of references to artists and artworks can be slightly overwhelming and a wee bit tedious. But, just as Wagstaff himself had trouble separating his love of art from his love of the artist (especially if said artist was male, young, and attractive), Gefter is adept at weaving intimate details from his subject’s personal life in with the historical facts to keep everything moving along at a quick clip.

All told, what emerges is as much the biography of the art world from the 1960s through the 1980s as it is the life story of one man. What Gefter proves through his telling of Wagstaff’s life is that one man, working behind the scenes, can really make a huge impact on the evolution of the entire art world—and that Wagstaff deserves to be known and celebrated for that as much as for the relationships he maintained during his life.