Brontez Purnell: On His New Book ‘The Cruising Diaries,’ Silencing the Critics, and the Joys of Writing About Sex

Brontez Purnell: On His New Book ‘The Cruising Diaries,’ Silencing the Critics, and the Joys of Writing About Sex 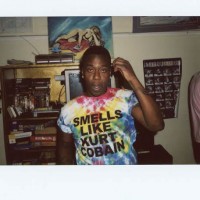 We have reached a strange moment in gay politics. There’s a strange commemoration and valorizing of the AIDS movement, vis-à-vis recent films like The Normal Heart and the documentary How to Survive a Plague. Whatever you think of these films individually, or the history they tell, part of the reason they managed to get so much attention and accolades is the spike in marriage equality. The excesses of gay male sexual culture is safely tucked away in history, for audiences who already think the riotous sex, and the deaths, have ended. In popular culture, all of the gay fucking happens not in glory holes and back rooms, but under the canopy of the nuptial bed.

Then, there’s Brontez Purnell. The Black punk (in both senses of the word) musician and dancer/choreographer turned-author has made a point of using his own sex life to paint a very vivid portrait of a sex life in the San Francisco Bay Area now. His new illustrated book, The Cruising Diaries (with art by Janelle Hessig), continues Purnell’s tradition of DIY literary and performing art that’s filled with bubble-bursting honesty.

Because he’s a star and was touring in Montreal with the Brontez Purnell Dance Company, I emailed him a set of questions about The Cruising Diaries.

So one of the first Youtube videos I saw of you was you reading from the “Cruising Reviews” of your zine Fag School–which was after we met, of course, but we will get to that later. I was all at once, grossed out, turned on, and enraged. Now, you have continued your legacy of pushing the boundaries of good taste. Who am I kidding–there is no good taste in this. It is ratchet from top to bottom. Anyhow, what made you compile these sexcapades into your new project and first book, The Cruising Diaries?

Well, my friend Janelle Hessig and I had been talking about doing something like this for, like, years, and finally, she called me up one day and was like “I have the money to publish it, let’s do it!” When I first started doing my old zine Fag School (like, 300 years ago), in the back of my mind, I always knew I wanted to compile it into an anthology. I have to say, I wasn’t as prolific with Fag School as I hoped I would be (four issues in ten years–HA!), but I will say I’m happy with how The Cruising Diaries turned out. As far as how the “Cruising Reviews” in the original Fag School zine became a thing, for the first issue of Fag School, I was interviewing Alvin Orloff (a cool punk writer from San Francisco), and he had put out a punk memoir about his time being a fag in New York in the early ’80s, called Gutter Boys, and I was interviewing him, and he said something really interesting–that if you want to write a memoir, you better do it as its happening, because in twenty years who knows what the hell you’ll remember? With that bit of advice (and some other key elements), I put the “Cruising Reviews” in the first issue of Fag School….

What I find refreshing about this collection (besides the scratch-n-sniff butt hole scented paper Cruising Diaries is published on), is that it’s hard to find this kind of smut these days. Like, most of the work being published by gay men has lost this sense of immediacy, this brutal honesty about sex, and the kind of sex we’re having, especially in the era of gay respectability. Were you worried about the reaction to the book?

To be honest, yeah. But I knew that The Cruising Diaries, despite being about sex, comes from such an innocent place–i.e., one gay/queer boy’s sexual awakening–that I knew that only the most sour of fucks would hate on it for real. And it’s something that I felt a lot of people would look at and immediately relate to, you know? Like, who doesn’t trick?

What’s been the most interesting, or horrifying, reaction to the book thus far?

I’ve gotten some sideways shade from some jealous fags who have made some sideways comments about how its cheap to write about sex, or how anybody could have done a book like that, but I’m all like, “Boo, bitch, anybody didn’t do it–I did it! How you like me now?!” But I’m into art that’s human. It’s so relatable! Plus, I feel like when most guys write about sex, it’s either flowery and total bullshit, or they want to paint themselves as the ultimate indestructible stud. I like writing in a way that can sometimes be dark yet still be generous to the human condition–which is what I think is lacking in the genre, you know? But I have to say, I’ve mostly gotten a lot of love from it.

Part of the experience of the book is the illustrations. Did you know you were going to illustrate each story when you decided to publish the book? What was the process of working with Janelle Hessig, the illustrator? 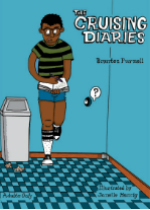 I gave Janelle full reign. I had no idea what she was going to draw, and it still cracks me the fuck up to see where her mind went when she drew the pictures. The illustrations were her idea and a stroke of fucking genius. I think they make the book a lot more 3D in depth and intention. I had been a fan of Janelle’s drawings and her legend in general since I was a wee tween, but also, in the last couple of years her art has taken on this crazy new dimension, and it really, really, really blows me away. She’s also a really good friend. Lord knows, that woman has seen me through my bratty twenties and beyond, and I’m glad we still kick it. Have you seen her paintings!? Holy shit….

Were there any “Cruising Reviews” that didn’t make it into the book?

Oh, yeah! I forget how many stories there are in the Fag School, but I’d say there are twenty or so stories from the original Fag School that didn’t make it into The Cruising Diaries, but I compiled them in the Juvenilia section of my upcoming novella Johnny Would You Love Me If My Dick Were Bigger?

It would start like, “DEAR DIARY–TODAY I MET THIS TRICK ON ADAM4ADAM THAT IM T O T A L L Y GONNA MARRY.” ♥

So most of these were written a few years back. What would you say to your old self–the boy from Triana, Alabama newly arrived in the big city and obviously sex-starved? Any reflections for that kid?

Put on a condom—you fucking hippie, and go to college!

What’s next on the roster?

I’m making a short film with Naked Sword! (the same company that put out I Want Your Love, this movie I was in). I’m also putting out my first novella early next year and I’m currently writing my first novel 100 Boyfriends for the City Lights’ Sister Spit Imprint, which is due sometime in 2016. Also, I’m doing music and dance stuff. The usual!

'The End of Eve' by Ariel Gore
New Queer Literature: A Conversation with 'Homology Lit'
'Candyass' by Nick Comilla

Kenyon Farrow has been an HIV prevention and treatment activist and writer since 1998, when he joined the staff at AIDS Task Force of Greater Cleveland. Since then, Kenyon has worked on campaigns that bring together HIV, criminal justice, and housing policy issues focusing on black and LGBTQ communities.