Stacey D’Erasmo is not musically inclined—at all. Yet, that didn’t stop the Lambda Literary Award and Ferro Grumley Award-winning author from writing a striking, harmonious novel about music that will resonate with anyone who has ever picked up an instrument—or admired someone else holding one.

Wonderland (Houghton Mifflin Harcourt) tells the story of Anna Brundage, a statuesque and fiery forty-four-year-old down-and-out indie rock star who has given up everything for a second chance to do what she loves—and the love affairs that she stumbles through on her way.

D’Erasmo was kind enough to sit down for a jam session via email, in which we covered her own musical abilities, making your mark on the literary world, art versus relationships and what songs are currently stuck in her head.

I enjoyed that your descriptions of the music in the book weren’t straightforward or technical, but represented how I’d imagine an artist feels while he or she is performing or creating. What kind of research did you do before writing the book, and were there any musicians by whom you were particularly inspired?

Since I am musically highly untalented, as well as untrained, I did some homework. I read various biographies and autobiographies—Julianna Hatfield’s When I Grow Up, Keith Richards’ Life, Dean Wareham’s Black Postcards, among others—and I also talked to musicians such as the amazing Jennifer Charles of Elysian Fields.

My dear friend, the musician Thomas Bartlett, a.k.a. Doveman, was beyond helpful during the entire time I was writing the book. I went to see incredible people with him, like Gang Gang Dance and Owen Pallett, but I also lurked around parties and after-parties with him, where I got a bit of a feel for what that life is like. I also sat in on a recording session.

I was also lucky enough to be able to go on tour with the band Scissor Sisters for a while, thanks to Jason Sellards (Jake Shears) and that helped me tremendously. I wrote down every detail of touring that I could, from what kind of cereal was in the tour bus kitchen to how the drummer retuned his drum kit before a show.

Anna isn’t based on any particular musician, but I was certainly inspired by the way Patti Smith left the scene and successfully came back after seventeen years; I was inspired as well by the artistry of performers such as Aimee Mann, Beth Orton, Beth Gibbons and PJ Harvey. I think of Anna as a kind of fictional sister to them.

At one point in the book, Anna is ruminating on being a famous musician for four years, which she considers to be “more than long enough to leave an impression, a stain, on the airwaves.” Do you think the same goes for the literary world, or is it harder or easier for an author to make a lasting mark?

Well, honestly, I think writers have it a bit easier. While we don’t generally ascend into the mass culture pantheon the way musicians do—what contemporary writer is as famous or as worshipped as, say, Cat Power? Chryssie Hynde? David Bowie?—we also don’t have to generate that sort of fan base or fan loyalty, and we can make our art whether we have any audience or not. We can teach. We can do journalism or screenwriting with our skills. It doesn’t matter as much what we look like on the video (what video?) or whether or not we get booked on Letterman (never). Writers have more privacy. We “perform” in private and we’re read in private.

There is a catch for writers, though, which is that I think this business of what will be lasting and what won’t is trickier. The gatekeepers are more mercurial. Over and over, we see that the reputations of writers who were big in their day often don’t last, whereas a musician, who was big even for a moment, doesn’t get written out of history. Writers, however, often do. And we have no control over that.

Anna has a variety of romantic and sexual relationships in the book, but none really seem to last very long, and that seems to be partly a result of the nature of her life’s work—and the same could be said for her own father. Do you feel there’s a natural tension between stable relationships and artistic pursuits, or just something particular to these characters?

I don’t really think that the measure of a relationship, on the page or in life, is longevity. Anna’s father, after all, was married twice—that’s pretty standard, even conservative, for modern people. Anna is newly divorced, single and on the road. Everything in her life is in transition, including her love life. If at forty-four she was out on the road with her husband or her wife of twenty years, that would be a very different story.

But I think what you may be talking about as well is the way that modern artists such as Anna and her father can be quite peripatetic. One goes where the commissions and the gigs are. The airplane features heavily in the lives of many modern artists, and that means that life might take less conventional paths, including personal life.

I may be wrong, but I believe Wonderland is your only novel not to have a queer protagonist—was this a deliberate decision? If so, did it change your approach to writing the story in any way? 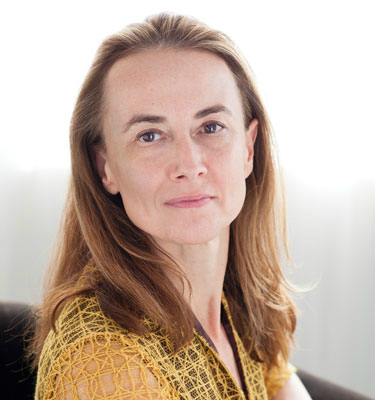 No, Anna always just seemed straight to me. I’ve written straight characters before, but they weren’t the main character, it’s true. It didn’t change my approach to the writing; I was much more changed by writing about someone who has a gift for making music that I don’t have, and whose life is dedicated to performing. I’m all right on stage, but I wouldn’t say it’s a zone where I feel the magic happens. The various combinations of human beings and desire—I’m fluent in that. But someone who feels most alive singing in front of a crowd? That’s a big, big stretch. For me, that’s like writing about mermaids. I still don’t know how they do what they do.

And finally: What are you listening to these days?