Michael Carroll: On His New Short Story Collection, the Benefits of a Spare Writing Style, and His Literary Inspirations

Michael Carroll: On His New Short Story Collection, the Benefits of a Spare Writing Style, and His Literary Inspirations

In Little Reef and Other Stories (University of Wisconsin Press), his first collection of short stories, Michael Carroll, 49, employs an economy of words that describe characters deeply drawn. We’ve known people like them. These are contemporary characters “who are stuck in a quagmire of ennui.”

When reading his 12 varied tales on 260 pages, I thought of a sculptor who hones away clay to display what he wants us to see. That’s what Carroll does. He’s just writing down the way he views the world, all absurdities noted, none judged.

This is your first book length manuscript. How did it come together for you?

I wrote my first novel at age 24, a coming-of-age tale about a gay undergraduate, much like The Mysteries of Pittsburgh (1988) by Michael Chabon. The short stories in this collection are all new and written within the last two to five years.

Are your more recent stories the same stylistically as other pieces you’ve written?

Well, they are different than my work which has appeared in Ontario Review or Boulevard or The New Penguin Book of Gay Short Stories, and other publications. I’ve changed my style to shorter sentences, nothing Baroque anymore. That flowery style of writing is over for me.

Where does ‘clean’ approach come from?

From Richard Yates (any one of his books, though my favorites are Easter Parade, Young Hearts Crying, Disturbing the Peace), his clean style, clear action, he doesn’t explain everything

The first sentence of each story is a juicy morsel. Enticing, matter of fact, right into the story.

It is fun because that’s where a story begins for me, with a single thought made into a sentence. I’ve given up classical structure in that these current stories do not have a calculated story arc. I’m also not big on motive. I write one sentence at a time, then the next, and allow my creative juices to flow, take the story where it goes. I never have an ending in mind. That happens as I write. When I think the story’s over, it’s over.

Even though your stories begin spontaneously and develop as you write, do your characters come from memory, fiction, or both? Like the French auto-fiction?

I do pull characters and scenes from memory, from real experiences, but I may take the details further than real life did. 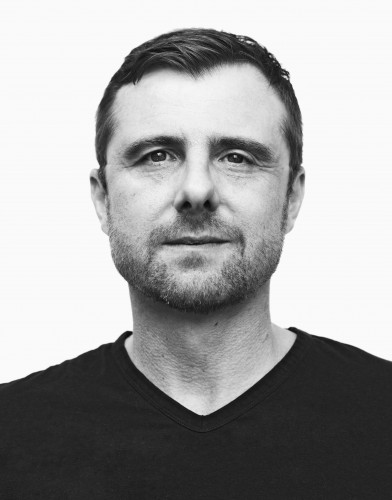 Your humor sneaks up on readers. Does humor come to you as you write or do you go back to embellish with funny stuff in a rewrite?

I don’t try to answer existential questions, that’s for sure. I make my characters say funny things as I write. I may go back and add humorous anecdotes to more fully develop the moment or a scene. But generally, I like to provide readers with “air space” so they can fill in their own thoughts.

Your short stories read like opening chapters of novellas or full-length novels. Have any of your stories grabbed you that way, maybe the beginning of a novel?

I intended the stories to be separate pieces even though they are linked (a character reappears). I also wanted them to be short enough for public readings. Length is not always valued in today’s Twitter-length world.

Which writers do you admire?

Women more than men. The Prime of Miss Jean Brodie (Muriel Spark) made a real impact. Spark is economical with language, spare with the descriptions and details and heavy on forward movement and action and dialogue. English author Elizabeth Taylor (Kingsley Amis called her “one of the best English novelists born in this century”).

I love Joy Williams (State of Grace, The Quick and the Dead, and the stories in Honored Guest). Williams comes in quickly from different angles, never obvious. She’s unexpectedly funny in the least expected ways. And spare, not overdone, quickly phrased without too much tired, received language. And, of course, Edmund White. We were married Nov. 8 after being together since 1995.

I wanted to ask about Edmund, but at the end of our interview.

I wrote most of the stories after Ed got sick. [White has been working through a series of strokes, on leave from Princeton with a possible return next Fall. He recently spoke at New Orleans Saints & Sinners Literary Conference.] Our relationship is well-rounded. We go on ”plot walks” to discuss whatever he’s working on at the moment.

'The Art of History' by Christopher Bram
A Look at the Bureau of General Services–Queer Division: New York City's Queer Bookstore
phati'tude: The Lavender Issue, ed. by Timothy Liu