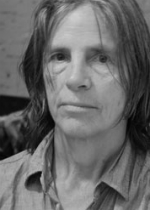 “[…]me and Chris were instantly back in love once we got drunk, and were out in a hallway, kissing each other, and saying: what about Judy. So the three of us were in their big bed—I just happily climbed right on top of Judy. Christine didn’t like that—I wasn’t supposed to get so into it.”

For the past 25 years the Lambda Literary Foundation has been able to continue celebrating, preserving and promoting the visibility of LGBT writers thanks to the support of community members like you, and today we are asking for your help in this effort by making a tax-deductible donation.

To show our gratitude, all donors of $150 dollars or more will receive a prereleased version of the foundation’s 25th anniversary anthology, 25 for 25, an E-book featuring some of the community’s leading LGBT authors, including: Dorothy Allison, Ellen Bass, Alison Bechdel, Ivan E. Coyote, Jewelle Gomez, Rigoberto Gonzalez, Alex Sanchez, Sarah Schulman, Justin Torres, David Trinidad, Edmund White and many others.

With that in mind, Lambda Literary gives you a sneak peak at Eileen Myles’ short story “Bath, Main,” (which originally appeared in her 1994 autobiographical novel Chelsea Girls) in which a New England excursion goes slightly astray.

I really had no damn business there. I mean, why am I living with my ex-girlfriend and her new girlfriend, and her ex-girlfriend. How could that possibly be comfortable. I could be writing this from a jail cell. Funny, huh? Ted and Alice, before I left, said: “Out of the frying pan and into the fire, Eileen.” I didn’t know what else I could do. I flew, yes I did, up to Portland and Judy and Chris picked me up there. I was so ripped on the plane. Elinor had given me some of that crystal, one good line, and I had a handful of Tom’s pills. He had stayed at my place the night before. I was writing these poems up in the air, really stupid ones all over those cocktail napkins they give you. God, they were awful. About vitamins and stuff. I was off cigarettes which always made me particularly insane and I had those red beads on, when did they break, I remember them breaking in Maine—well, the two of them picked me up—I remember we went right into a bar—I think I remember having a shrimp salad sandwich and beers, and Chris was already drinking icy Margaritas. The place had all lobsters up and traps and all. Then we got back in Judy’s car. That night we all went to the gay bar in Augusta. Oh god, that night. We were all speeding, and drunk, and it was real hot. All the men were taking their shirts off and dancing. We got mad. We wanted to take our shirts off. So we did. Everyone thought it was great. Except the manager and a couple of fag bartenders. Put ’em on. The men don’t have to put their shirts on. Just get out. You can’t be in this bar with your shirts off. Put your shirts on and get out. We did. But first we took our pants off and walked out. Chris threw a beer bottle at them too. She always had a lot of style. This is just three years ago.

After that everything went pretty much the same way. The night I was all amorous in the back seat of Judy’s car with Darragh, her ex-girlfriend, we were actually looking out for Chris who had left us because she was looking for someone else, a man. Naturally, we were all smashed. Chris had been picked up by the cops for whatever the Maine initials were for operating under the influence. Understand, this was common practice to get arrested. We worked at this Mill and every morning, or pretty close, someone had been arrested for speeding, drunken driving, had an accident, got in a fight. This is baseball hat and truck country. I loved it. The men were all men, and we were all lesbians, and everyone loved getting smashed. After work, we’d sit on this big green lawn and Casey, the boss, would put down case after case of Bud Light and Labatt’s and we’d just get crazy. Sheila was a problem. She was this big blonde girl, and she was Casey’s girlfriend and she was really interested in the fact that me and Christine were lesbians. Now, I am a sucker for paternalism, I love having a boss who’s a young good old boy, and when his girlfriend seems to want to go the other way, fascinating as it seems, and I do want to be the one she’s wild about, nonetheless, I try and turn the other way.

Chris stopped drinking after the arrest night. She still had to go to court, it was a small mess. I loved her not drinking, she just got prettier and prettier, all glowing, and she got rid of that bloat she was getting from beer. I have never seen it make as much difference as it did with her. Also it was a relief. One night I was in bed with Judy and she came at me with a crowbar. I’m going to re-shape your head, asshole. What a frightening moment. I could see the shadow of her head, hand and crowbar against a strong light from behind. See, I had actually been up for a week the month before and had thought it was just like Valhalla. You know, it was just like paradise. Judy has this house in the middle of all this land in Maine, and out back are sheep bah-ing, and she had dogs, one a black lab named Myles, and there’s little kittens, and hens out back, and a rooster, and fresh eggs and beautiful breakfasts with fried potatoes and tia maria in our coffee in bed. The first night I was up that time me and Chris were instantly back in love once we got drunk, and were out in a hallway, kissing each other, and saying: what about Judy. So the three of us were in their big bed—I just happily climbed right on top of Judy. Christine didn’t like that—I wasn’t supposed to get so into it. It was a smash, battles, right from the start—though only one major eruption that week—Chris had gone out running, leaving Judy and me in bed and when she came back something was going on that—“How come you never fucking do that to me, Judy!” Judy would soon get hers. Christine was an emotional tyrant. Her and I had lived together for a couple of years in New York, before she came to Maine, and it took watching the movements of her and Judy’s relationship to see just how demanding and impossible she was. I myself was a good-natured cloud, which would float by and steal things, and wait for praise. I could never understand why life just didn’t feel substantial enough. I was sitting on your couch, or we were drinking your whiskey in my apartment. Now, let’s go out, I’d say. Do you have any money. I’m broke tonight. I’m really sorry.

To read the full story, and delve into the work of the other featured LGBT authors, please donate $150 or more here.

In Defense of the (Superhero) Sissy
Jos Charles: Making a Space for Trans* Writers
Josh Aterovis: Falling in love with Nancy Drew