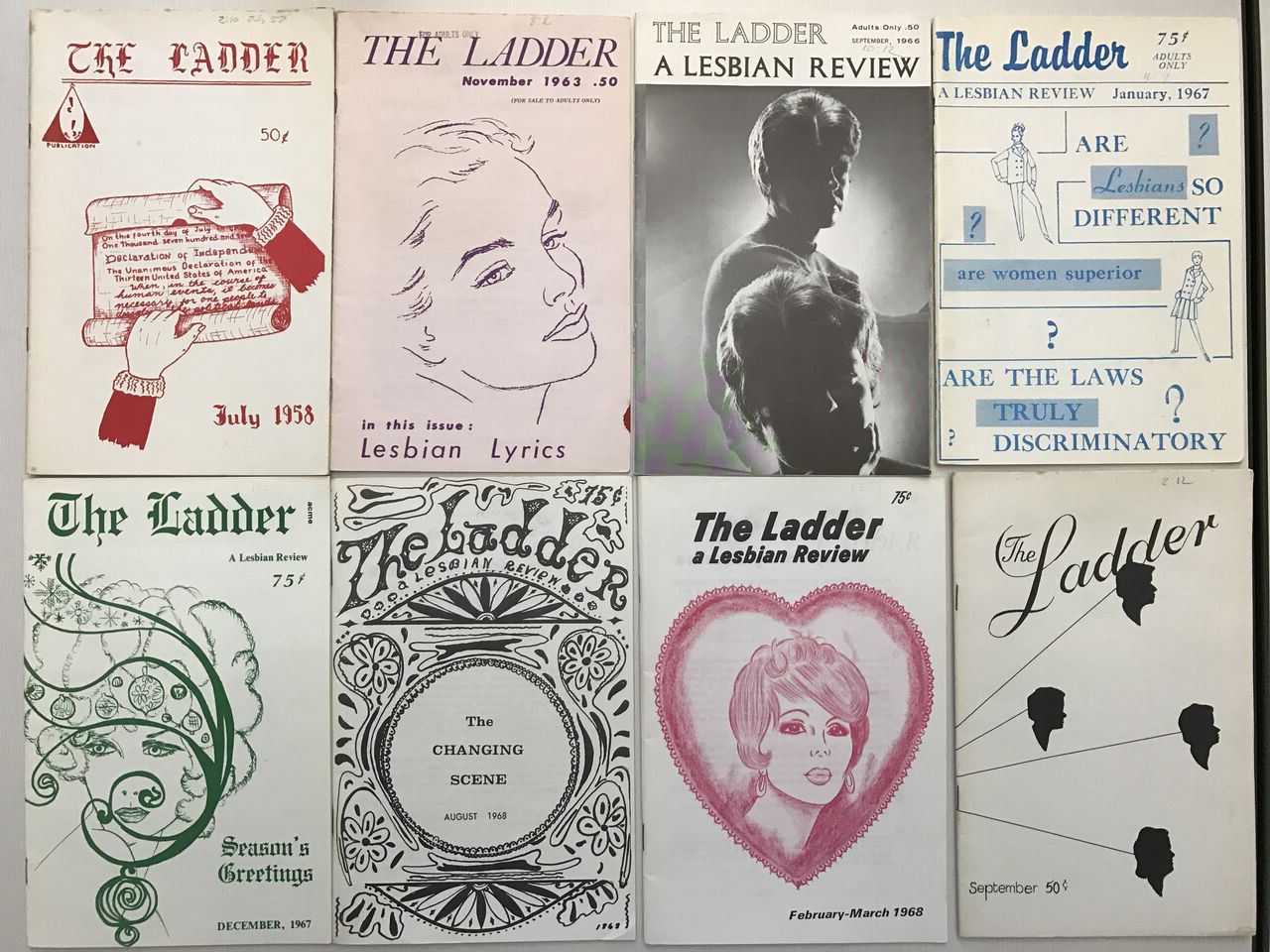 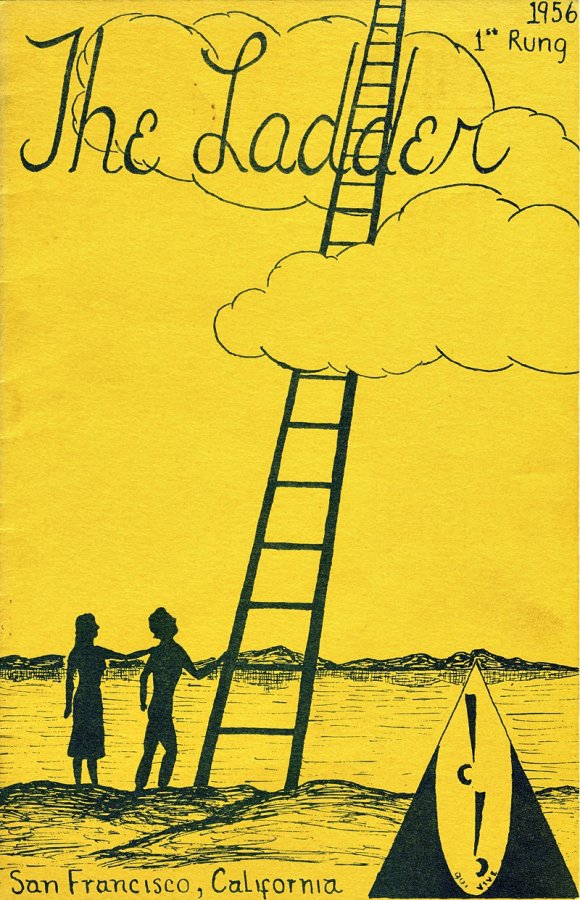 The Ladder, the first lesbian magazine to be nationally distributed in the U.S., began publishing in 1956 and continued to be published through 1972. The ground-breaking monthly publication was founded by San Francisco lesbian activists Del Martin and Phyllis Lyon, who also founded the nation’s first lesbian-activist group, the Daughters of Bilitis (DOB). The Ladder, which was distributed to hundreds of women in a plain brown wrapper, was the primary publication for DOB and was also a means of communication among closeted lesbians.

Philadelphia lesbian activist Barbara Gittings and Naiad Press publisher and co-founder Barbara Grier also worked as editors of The Ladder subsequent to Martin and Lyon. Grier also wrote for the publication under the pseudonym Gene Damon.

The Ladder came to be in the exhibit as part of the Kameny Papers Project and was part of Kameny’s vast collection and archive of LGBT artifacts. Frank Kameny, co-founder of the Mattachine Society, the country’s first gay rights organization, was one of the nation’s first and leading gay rights activists. In 2006, Kameny, who died in 2011 at 86, donated his papers–more than 70,000 documents related to the gay rights movement–to the Library of Congress and the Smithsonian. In 2011, some of Kameny’s papers were on display at the Library of Congress. Those papers included Kameny’s 1957 letter in response to his firing from his job as an astronomer because of his “homosexuality.”

Kameny was the first person in the U.S. to file a discrimination suit for wrongful dismissal due to sexual orientation. He petitioned the U.S. Supreme Court, but lost the case in 1961. In 2009 he received an apology for the dismissal and said in response, “So in a sense, it took 50 years, but I won my case.”

Kameny and Gittings worked together closely as activists. She passed on many of her own papers to him.

The collection of Kameny’s papers is massive and covers decades, but the most important documents are from the early years of the movement–like the copy of The Ladder.

According to the Smithsonian’s website, the American Stories exhibit includes “an engaging mix of artifacts from the Museum’s vast holdings to tell stories about the country’s history. Through more than 100 objects, visitors can follow a chronology that spans the Pilgrims’ 1620 arrival in Plymouth, Massachusetts, through the 2008 presidential election.”

The Smithsonian notes that “American Stories highlights the ways in which objects and stories can reinforce and challenge our understanding of history and help define our personal and national identities.”

According to the Smithsonian, among the other artifacts on display with The Ladder are a fragment of Plymouth Rock, a section of the first transatlantic cable and…Dorothy’s ruby slippers from The Wizard of Oz.

The exhibit is on extended display and artifacts can be viewed online via the Smithsonian’s website www.si.edu › Exhibitions.

The fascinating slice of queer history that is the Kameny Papers Project can be accessed at www.kamenypapers.org.