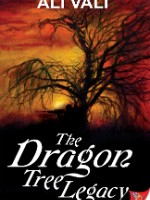 Wiley spends her newly acquired downtime creating art and settling in to her new, very high-tech fortress of a home located in New Orleans.  However, in spite of her retirement status, Wiley has gone a little rogue, using her black ops talents to anonymously bring elusive civilian bad guys to her own brand of vigilante justice to society.  She does this out of a sense of righteousness where the law and the justice system might fail, and in order to protect her military standing.  She’s a real enigma.

As Wiley settles into her new life, she receives an unexpected message from Aubrey Tarver, a woman who was once the love of her life, but whom she shut out completely years ago.  At first blush, it seems that Aubrey has moved on with her life in ways that have now gotten her into a heap of trouble—but it turns out things are not as they seem.  Just as Wiley is trying to decide how to adjust to unexpected changes in her life, mostly surrounding Aubrey and the concern surrounding her circumstances, Wiley gets a request for her expertise from a CIA operative, but something doesn’t sit quite right with Wiley about the story he tells.  During her continuing investigation, the plot becomes more complex and her intuition is confirmed—something is wrong with this new situation.  All she has to do is figure out what, how and why.  While she does that, she also has to protect Aubrey from the underbelly of the New Orleans drug culture, but Wiley is a woman who multitasks well.

The book title, we learn, comes from a tree that was special to Wiley and Aubrey as teenagers.  The shape of the tree suggests a dragon, which comes to symbolize Wiley’s life, even after Aubrey is no longer a part of it.

The characters in The Dragon Tree Legacy are strong and they move the plot along deftly.  Plot twists and turns intersect in ways that may catch readers off guard—much to their delight.  Complex sub-plots crisscross across pages as the story unfolds.  The intrigue frames a love story, with expository history, revealed in ways that support the character portrayal.  Gremillion is shown as both flawed and heroic, with a smidgen of “bad girl” thrown in for good measure.  She’s a strong woman who could easily become putty in the hands of her one true love, if she could only afford to let down her guard.  There are some scenes that are graphic in true Vali form; however, they are not the essence of the story, but are the vehicle through which we understand what makes the characters tick. The high tech devices employed by Wiley Gremillion will fill the geek reader with glee.  However, those who are less technically inclined need not fear.  They won’t be lost in a sea of high tech descriptions.

This is the story of an imperfect hero and that one true love of her life.  Part of Wiley’s broken psyche is a result of steps she took years prior to the story when she separated herself from Aubrey.  Whether or not the damage can be repaired depends on whether or not Wiley will allow it, but to allow it may also result in danger that could affect both women’s lives and that of their families.

The story is set on the streets of The Big Easy, familiar to those who have read Vali’s Cain Casey “Devil” novels.  As a matter of fact, there’s a little kernel of the mobster leader in Major Gremillion, although Wiley would never be willing to admit it.  Although Cain has no part in this tale, Vali has skillfully brought some of the “Devil” series’ minor characters into this stand-alone story to haunt Wiley’s world.

Ali Vali has given us another one of her edge-of-the-seat page turners.  This story will draw you in from the first page and keep you wanting to know what happens next.  If you’ve got a long, lazy day to spend with this tale, you’ll easily eat this one up at one sitting.  If you must read it in bits and pieces, you’ll long for your next free moments to do so until you reach the end.

‘My Lady Lipstick’ by Karin Kallmaker
'Write That Down, The Comedy of Male Actress Charles Pierce' by Kirk Frederick
'Nevada: A Novel' by Imogen Binnie