The Third Annual New York Rainbow Book Fair took over the 3rd floor of the Lesbian, Gay, Bisexual, Transgender Community Center on Saturday, for an afternoon of literature.

More than 60 authors, publishers and booksellers offered queer-themed publications in the exhibition space, which encompassed not just a large room, but the hallway and an annex room. Tables were packed with books covering every conceivable genre of gay literature — from erotica to romance to scholarly volumes to books of photography and everything in between. 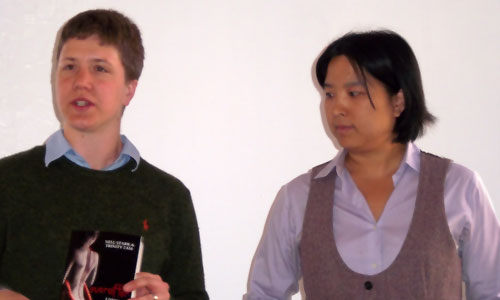 In addition to the exhibits there were plenty of opportunities for attendees to hear from authors. A poetry salon ran during the six hour fair. Nathaniel Siegel and Regie Cabico curated the event, which featured more than 50 poets reading excerpts from their work.

At the same time the poets were reading, in another space Lambda Literary Award nominee Rachel Kramer Bussel hosted readings by more than 30 authors, most of whom had four minutes to read from their work.

Among the four panel discusses held during the day, “Beyond the Bookstore: The Future of LGBT Publishing” tackled issues that readers, authors and publishers face in this time were there are fewer and fewer LGBT bookstores and chain stores, such as Borders, are closing locations. 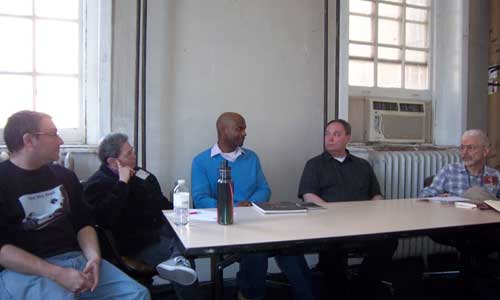 “The things that supported the LGBT book market have had the legs knocked off them. Publishers and authors have to move to a new paradigm to market books to this audience,” said Belhue Press’ Perry Brass, the panel’s moderator.

For authors trying to work in the current market place, Steve Berman from Lethe Press reminded the group that the author must become a brand. “Having a brand really matters so readers can identify you and so you can build reader loyalty.”

At the same time you’re building the brand though, you can’t let it rule your life. The panel discussed how an author can’t allow themselves to get to caught up in maintaining their brand via Facebook, Twitter, a blog or other social media. “The best way for an author to sell is to do the next book, which helps sell the previous books,” said Berman.

The other panels held during the day included “Zines and Alternative Publishing,” along with two that spoke about documenting LGBT history — “Writing the Queer Past” and “Writing Queer Lives.” 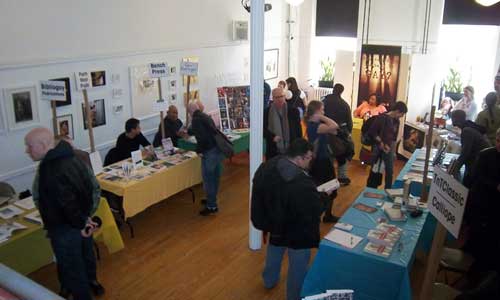 A look at a small portion of the exhibit space. 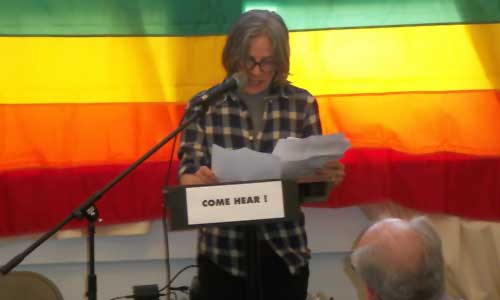 The Rainbow Book Fair is already planning to return in 2012. You can keep up with the event at www.rainbowbookfair.org.