Holiday romances, like holiday pop songs, are written specifically to capture holiday sentiments, but, when well written, capture the larger sentiments of life as well. 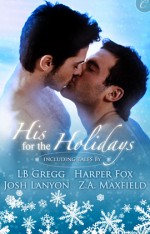 Leading M/M romance fiction writer, Josh Lanyon says, “For me, the best Christmas and winter romances treat the holidays as more than a glamorous stage setting.  They manage to tie in all the holiday themes we might expect of a Hallmark Channel movie.  That sounds cynical, but really there’s nothing to jeer at in the notion of love and sacrifice and forgiveness.  A satisfying holiday romance should be about more than snowflakes and tinsel.”

Lanyon’s latest story is featured in a holiday romance anthology, His for the Holidays (Carina Press) with a sexy bare chests and snowflakes cover by  Frauke Spanuth.  The anthology, released in December 2010, features stories by Lanyon, LB Gregg, Harper Fox and Z.A. Maxfield.  In the anthology’s stories, hope brightens a bleak Edinburgh December, a man gets a second chance with his high school crush, there is a decade-long game of romantic cat and mouse, and Santa Claus drives up in a red muscle car.

“Why are the winter holidays such a popular setting for romance?  It might have to do with the suicide rate,” Lanyon says.  “I’m not kidding!  I think a lot of people feel lonely and isolated that time of the year.   Tis the season that emphasizes the importance of family and friends and lends itself to nostalgic recollection and romantic wish fulfillment.  I think single people feel their single status even more keenly than at Valentine’s Day.  Stories set during the winter holidays tap into the longing for finding that special someone of your own.”

Holiday settings also provide convenient plot lines for romance authors, according to Laura Baumbach, publisher at MLR books, who was named by Rolling Stone magazine as one of M/M romance’s top authors.  Baumbach says, “Romance readers are in general voracious.  They read daily, sometimes as much as a novel a day.  That means they are always looking for the next good, satisfying read.  Publishers and authors are always trying to meet that need, so writing fiction for the holiday season is a natural direction to go in to add variety in romance fiction.”

“Holidays showcase the lonely and unattached, giving an author the perfect situation to introduce someone new into their fictional lives,” Baumbach says.  “It makes a great backdrop for instant chemistry, happy endings and a warm satisfying read.” 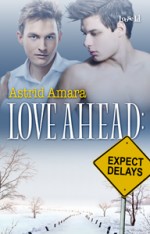 Treva Harte, publisher at Loose ID, finds another practical motivation for romance writers to write holiday romances.  Harte says, “December is traditionally a time of slow sales for print books.  I think publishers want to remind readers that books make good presents.  And romance readers may want to escape into fantasy holiday stories when seeing the in-laws, distant cousins and assorted others become a bit much in real life.”

Loose ID has a series of holiday releases under the theme of “Not Quite Christmas and Not Quite New Year’s.”  Harte says the series is about places where Christmas is not usually celebrated, about the days leading up to Christmas, about missed plane connections and the “other” December holidays, such as Hanukkah or Yuletide.  Loose ID will release these holiday romances throughout the month of December.  Titles include “Love Ahead: Expect Delays” by Astrid Amara, “Ice Prince” by Jessica Freely, and “Yule Gift—Twelfth Night” by Lynn Lorenz.

Another fun holiday romance confection is the annual Advent calendar from Dreamspinner Press.  The calendar of stories delivers a different romance automatically to your e-bookshelf each day in December.  That’s over 1,700 pages of romance!  The 2010 calendar is themed “Naughty or Nice” with a charming cover of a young man with pants pulled down, bent over “Santa’s” knee and getting an old-fashioned spanking.

The stories cover the range of romance sub-genres from contemporary romantic comedy to historical romance to SF romance to fantasy romance to the standard tearjerker.  The themes are likewise wide-ranging—a Jewish-Christian mixed couple, finding one’s family of “choice,” trying to get home for the holidays, romantic class conflict.  It is hard to choose just one for special mention—like a box of Christmas chocolates they all look so yummy!—but I can’t wait to bite into a couple.  Like, “Eternal Flakefall” by K. R. Foster, a fantasy romance centered around the god of Winter, “GI Joe Holiday,” by Amberly Smith, about a Marine as an art class model, and “Mariah the Christmas Moose” by Andrew Grey, a romantic comedy set in Alaska, featuring two men and a moose. 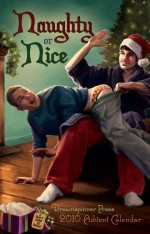 One of my favorite things when I was a little boy was when fictional TV families would visit each other for special Christmas shows—like when an animated Adams Family visited the Flintstones.  Likewise, I adore holiday romances that take favorite series characters and peek at their “private lives” in between books in the series.  For example, “Stroke of Midnight” is a PsyCop short by Jordan Castillo Price, set on New Year’s Eve and featuring futuristic psychic cop, Victor Bayne’s lover, Jacob Marks, from the PsyCop SF action romance series.  What is exciting for series fans is that these short holiday “asides” give added reality and depth to the series’ characters.

Josh Lanyon notes that holiday romance is about more than just Christmas.  Halloween is another popular setting for holiday romance.  He says, “Romance holiday fiction evolved from Christmas stories that often have romantic elements in them.  Now we have genre fiction set around every holiday one can think of, from Veteran’s Day to Halloween, but the winter holidays still predominate.”

MLR Press released Honorable Silence on Veteran’s Day 2010, an anthology of four stories from Maura Anderson, William Maltese, Lex Valentine and George Seaton, and edited by Kris Jacen, a military wife, that focus on romantic relationships between men in the military and the price they have to pay personally and professionally under Don’t Ask, Don’t Tell.  The cover, by Michael Breyette, symbolizes how DADT gags gay men both romantically and politically. 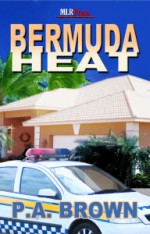 Another Veteran’s Day release from MLR is The Caricature by Jardonn Smith.  In the book, a former POW from WWII comes to terms with the evils done to him by his captors through the help of a fellow veteran during a forty-year reunion, igniting passions that will sustain the two soldiers throughout their golden years.

A more traditional winter holiday offering from MLR is the anthology “Melting the Slopes”—get out the hot chocolate and whipped cream for this one and read the cold winter night away in front of the fire.  Meanwhile, if you are looking for that perfect gift for your e-romance loving boyfriend, “Bermuda Heat,” the latest Chris and David romance from top romance crime writer P. A. Brown, is out this month from MLR Press.