6 of the Scariest Queer Horror Books Ever

6 of the Scariest Queer Horror Books Ever

UPDATED: In celebration of Halloween, we asked a few of our speculative fiction friends to share the scariest LGBT-relevant books they’ve ever read. Special thanks to Vince Liaguno for rallying his friends to contribute. Here’s the result. 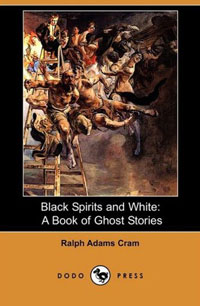 Jameson Currier, author of The Wolf at the Door:

Some of my favorite ghost stories are by Ralph Adams Cram (1863-1942) in a collection titled Black Spirits & White: A Book of Ghost Stories (Dodo, 2009), originally published in 1885 and reissued by several publishers. Many of the individual stories are also posted on literary and ghost-themed Web sites. Cram was an author, lecturer, and architect, and designed many Gothic-inspired ecclesiastical and collegiate buildings, including the Cathedral for St. John the Divine.

Douglass Shand-Tucci’s two volume biography of Cram, Boston Bohemia (University of Massachusetts Press, 1996), alleged that the architect and his circle were closeted homosexual men who demonstrated their sexuality through their designs. Cram was a well-traveled man, fascinated by the supernatural, and it is possible, with many of these stories constructed as “tales of two men agoing ghost-hunting,” to imbue a hidden sexuality to these tales in the same manner as Cram’s architecture is now regarded.

My favorite story in the collection is “In Kropsfberg Keep,” about two young men who are hiking in the countryside and decide to spend an evening in the ruins of an Austrian castle, haunted by the ghost of a notorious Count. Warned by the innskeeper and the townsfolk, tragedy befalls both men in a particularly chilling ending. 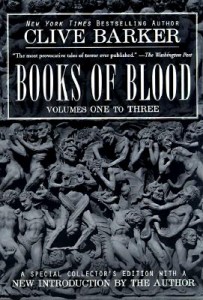 Lee Thomas, author of In the Closet, Under the Bed:

I consider The Books of Blood Vols. 1-6, by Clive Barker (Berkley, 1998) the starting point of modern queer horror. Though not every story in these six volumes is queer-themed, there are more than enough to qualify. The stories are grim, gruesome, and beautifully wrought. What I admire about Barker’s work is that he isn’t coy, precious, or defensive with his queer-themed stories. They are incredible, sometimes brilliant, works that include emotionally real queer characters. Stand out stories include: “Pig Blood Blues,” “In the Hills,” “the Cities,” and “Human Remains.” 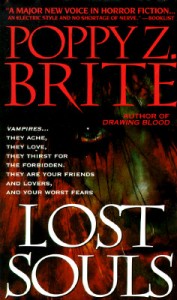 Like vampires, werewolves and zombies, the haunted house has been a bit of a horror cliché, but every once in a while someone comes along and breathe new life into those old chestnuts. Poppy Z. Brite did exactly that for vampires in her debut novel Lost Souls (Dell, 1992),  and then she turned around and did it again with her sophomore outing, Drawing Blood (Dell, 1993), a book that, to this day, remains one of my favorite works of queer horror.

Trevor McGee is eight when his father Bobby McGee murders his entire family and then himself, inexplicably leaving Trevor alive. Twenty years later, comic-book artist Trevor returns to the old, abandoned house out on Violin Road where it all happened in order to confront his demons and a ghost or two.  Add in a sexy, narcissistic computer hacker named Zachary Bosch who is on the run from the FBI, and the atmosphere becomes risky and suspenseful on a whole other level.

Steeped in the sights and smells of the American  South, imbued with sensibility of Charlie Parker’s jazz, and evoking the graphic art of R. Crumb, Drawing Blood is creepy, a little bit sexy and has two of the most memorable and well-drawn gay characters in horror. 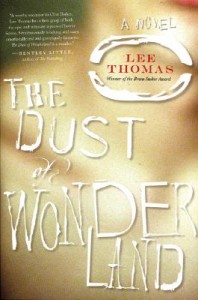 He sets his story against the richly atmospheric backdrop of New Orleans—overplayed and clichéd in the hands of lesser writers—in which the fabled French Quarter and the bars of Bourbon Street come alive as secondary characters yet never overshadow.

Not since Christopher Rice’s gothic gay coming-of-age tale, A Density of Souls, has a novel so seamlessly integrated the New Orleans mystique or so perfectly captured the dichotomous melancholy and pure, hedonistic charisma of the region. While dodging the literary snowballs that Thomas skillfully laces with the genuine chills of an old-fashioned ghost story and hurls liberally throughout, readers will be ensnared in the intricate web of humanity he casts out over his characters, caught blissfully unaware by this dazzling portrait of human hope and heartbreak. 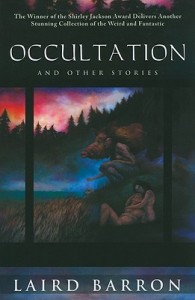 I’d have to say the scariest queer thing I read in 2010 was Laird Barron’s novella “Mysterium Tremendum” (found in his new collection Occultation and other Stories, Night Shade Books, 2010). Barron is one of the finer horror authors writing today, and his story features four gay men who are not in the least stereotypical.

As mishaps occur to this group of friends and lovers—and as secrets are revealed—the tension and sense of menace build to a terrifying level. 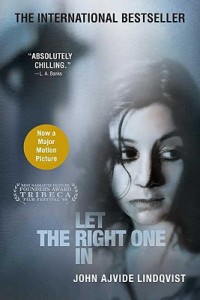 Surprisingly, Let the Right One In, the Swedish novel by John Ajvide Lindqvist (St. Martin’s Press, 2008), is the scariest and most complex work of queer horror I’ve read recently. I say surprisingly because the queer content is sub-textual at best in the film versions.

Not only does this novel confront the taboo of pederasty with a “monster queer” character named Hakan (the vampire’s caretaker), but the book also tells the touching story of a relationship between an adolescent boy and a vampire who was once a boy, but now is somewhere in-between gender categories.

For translating societal anxieties about gender identity, adolescent sexuality, and pederasty into a terrifying horror story, Let the Right One In gets my vote for boldest and scariest work of Queer Horror in recent memory.