As of mid-September, I have read 68 gay and M/M crime novels that appeared in print in 2010. Given the popularity of the “George Eliot strategy” and bogus biographies, I cannot be certain, but 28 of them seem to have been written by men and 40 by women. I would classify 33 as M/M romances using crime plots.

Nazca Plains has begun to resurrect the spirit of gay pulp mysteries. Bob Archman’s Clydesdale series— which portrays men who will never appear in Instinct magazine having loads of sexual fun—is one of my guilty pleasures. I would like Kyle Cicero’s Mark Julian, Vampire P.I., series a whole lot more were the proofreading better; typos, misspellings, and grammatical errors now seem to plague all presses, big and small.

Even though finding a publisher has become harder, so far few self-published books have come to my attention, some of which are quite good.

Two books deserve separate attention for the way they use aspects of the crime genre to achieve other aims. 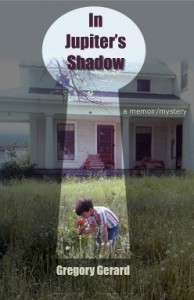 Published last year, Gregory Gerard’s In Jupiter’s Shadow (Infinity Publishing) is an autobiographical work. The protagonist, a young Catholic growing up in rural New York, uses the fictional boy sleuth Jupiter Jones as his model to investigate the meaning of his own difference.

Dennis Paddie’s Ask the Fire (Lethe Press) is too complex to describe in a few sentences. Its plot is a fictional recreation of the events leading up to 9/11; one of its several protagonists is a Texas-born spy who infiltrates the group responsible and dies on the day of the attacks. The novel sets forth an unusual argument about the decline of America and its failure to understand the rest of the world, particularly the Middle East; it meditates on the power of homosexuality (including its particular usefulness in espionage) and, most strikingly, it grounds its plot in esoteric history.

Here are nine books that I could not put down this summer before finishing them. I was surprised when I realized that five of them were published by the same press. Lest I seem biased, let me note that I chose not to review eleven other crime novels the press also published this year.