The Chicago Pride Parade marched on Sunday, June 27. LLF was invited to march with Chicago’s Gerber-Hart Library, an organization with which LLF has collaborated on a number of events, including a 2010 Lammy-finalist reading. LLF secretary, Judith Markowitz, represented our organization. 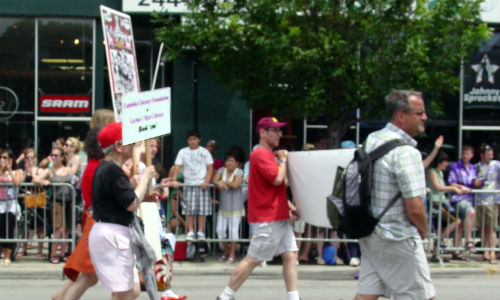 It was warm and sunny from start to finish even though the prediction had been for strong winds, driving rain, and hail. We weren’t surprised, though. In all the years that we’ve had a Pride Parade in Chicago it has done no more than drizzle on us.