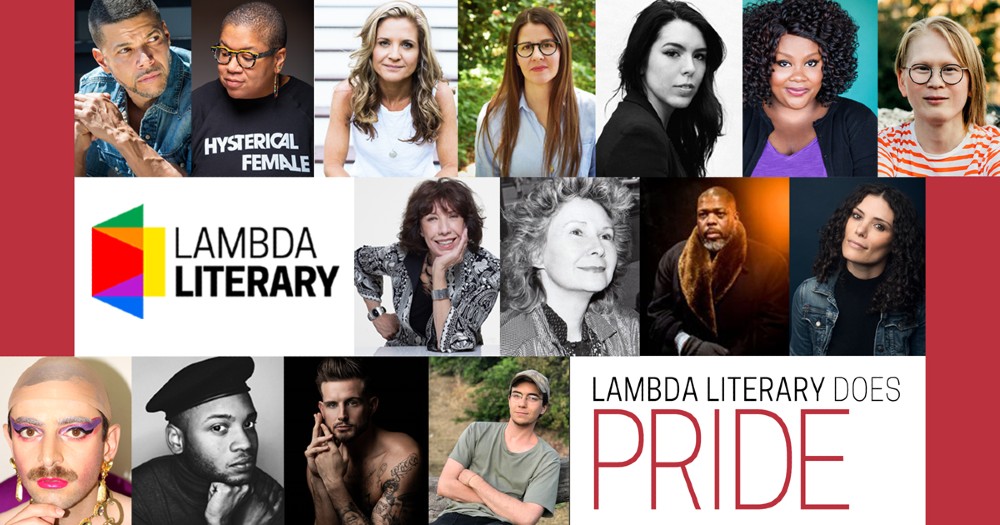 Jane Wagner is one of America’s most distinguished playwrights. Wagner won a New York Drama Critics’ Circle Special Award and a New York Drama Desk Award for her Broadway success, The Search for Signs of Intelligent Life in the Universe; a CableAce Award for Executive Producing the film adaptation of The Search; three Grammy nominations for comedy albums she wrote with Lily Tomlin, Modern Scream, And That’s the Truth, and On Stage; and two Peabody Awards–the first for the CBS television special, J.T., and the second for the ABC television special, Edith Ann’s Christmas: Just Say Noël.

Multi-hyphenate performer Lily Tomlin has received numerous awards, including: seven Emmys; a Tony for her one woman Broadway show, Appearing Nitely; a second Tony for Best Actress, a Drama Desk Award for her one woman performance in her wife’s Jane Wagner’s The Search for Signs of Intelligent Life in the Universe. Tomlin can currently be seen in the hit Netflix show Grace and Frankie.

Hilton Als became a staff writer at The New Yorker in 1994 and a theatre critic in 2002. He began contributing to the magazine in 1989, writing pieces for “The Talk of the Town.” His most recent book, White Girls, a finalist for the National Book Critics Circle Award in 2014, discusses various narratives of race and gender. He was awarded a Guggenheim for creative writing in 2000 and the George Jean Nathan Award for Dramatic Criticism for 2002-03.

The two bestselling writers discuss the collective life we are living right now.

Wilson Cruz is an American actor known for playing Rickie Vasquez on My So-Called Life, Angel in the Broadway tour production of Rent and Dr. Hugh Culber on Star Trek: Discovery. Throughout his career, Cruz has served as a fierce advocate for gay youth, especially gay youth of color.

Samantha Irby is an American comedian and NYT bestselling author. She runs the blog bitches gotta eat. She is the author of four books, most recently Wow, No Thank You, an instant bestseller. Irby also co-hosted the live lit show Guts and Glory in Chicago with Keith Ecker until 2015.

Glennon Doyle is the author of #1 New York Times bestsellers Untamed (a Reese’s Book Club selection) and Love Warrior (an Oprah’s Book Club selection),as well as the New York Times bestseller Carry on, Warrior. An activist and thought leader, Glennon is the founder and president of Together Rising, an all-women led nonprofit organization that has revolutionized grassroots philanthropy.

Nico Tortorella Reads From Space Between

Actor and writer Nico Tortorella reads from their memoir.

Actor, activist, and writer Ryan Jamaal Swain discusses his favorite books, as well as his own writing.

Nico Tortorella is an actor, podcast host, seeker, and dedicated champion of the LGBTQIA+ community. A noted performer on the TV show Younger and the lead in a forthcoming Walking Dead spin-off. They are the author of the memoir Space Between, which details Tortorella’s unconventional marriage, complex romantic relationships, and their journey towards living a life outside the gender binary.

Ryan Jamaal Swain is an American actor, activist, writer, and dancer who plays the role of Damon Richards-Evangelista in the hit FX television series Pose. In 2014, he wrote and starred in A Negro Writer, a one-man show about the life of American writer Langston Hughes.

Nicole Byer Reads From Her Own Work

Kristen Arnett is the NYT bestselling author of the debut novel Mostly Dead Things (Tin House, 2019) which was listed as one of The New York Times top books of 2019, and a finalist for a Lambda Literary Award in lesbian fiction. Arnett is a former Lambda Fellow. Her work has appeared in The New York Times, North American Review, The Normal School, Gulf Coast, TriQuarterly, Guernica, and Buzzfeed.

T Kira Madden is a lesbian APIA writer, photographer, and amateur magician living in New York City. She holds an MFA in creative writing from Sarah Lawrence College and an BA in design and literature from Parsons School of Design and Eugene Lang College. She is the author of the memoir Long Live the Tribe of Fatherless Girls. Madden is a 2017 NYSCA/NYFA Artist Fellow in nonfiction literature.

Nicole Byer is an actress, comedian and writer. Her book #VERYFAT #VERYBRAVE: The Fat Girl’s Guide to Being #Brave and Not a Dejected, Melancholy, Down-in-the-Dumps Weeping Fat Girl in a Bikini is out in June 2020. She hosts the hit baking show Nailed It on Netflix and has a sitcom loosely based on her life streaming on Facebook Watch called Loosely Exactly Nicole. Byer also hosts a podcast called Why Won’t You Date Me.

The celebrated writers discuss queer memoirs & the art of writing from a personal place.

The two authors chat about navigating the writing life.

Cyrus Dunham is the author of A Year Without a Name. He lives in Los Angeles, where he is a member of the California Coalition for Women Prisoners and the DROP LWOP Coalition.

Meredith Talusan is a contributing editor of them. and an award-winning journalist and author. They have written features, essays, and opinion pieces for many publications, including The Guardian, The Atlantic, The Nation, Mic, and BuzzFeed News. She received 2017 GLAAD Media and Deadline Awards, and her debut memoir, Fairest, is out now from Viking Books.

Chani Nicholas is a Los Angeles-based, New York Times best-selling astrologer and author of You Were Born For This: Astrology for Radical Self-Acceptance (HarperOne, January 2020). She has been a counseling astrologer for more than 20 years, guiding her community of over 1 million monthly readers to discover and live out their life’s purpose through understanding their birth chart. She has been featured in The New York Times, Los Angeles Times, Rolling Stone, The New Yorker, The Atlantic, and on Netflix.

Jacob Tobia is an actor, writer, producer, and author of the national bestselling memoir Sissy: A Coming-of-Gender Story with Putnam Books at Penguin Random House. From interviewing former US Presidents to giving Trevor Noah an on-air makeover on The Daily Show, Jacob helps others embrace the full complexity of gender and own their truth, even when that truth is messy as hell.