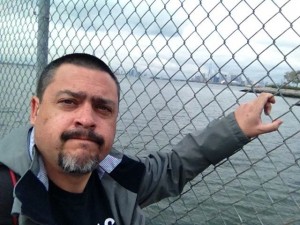 Todd Gastelum is a California-born writer and editor living in Mexico City. A lifelong scribbler, his only paid work to appear in print is gay erotica, which he peddled to smut mags before the internet killed them off. He has recently overcome his animosity toward digital media and publishes regularly on Medium.com. Todd writes non-fiction about identity, ethnicity, sexuality, class, cities, and food. A former teenage gay rights activist, he never thought he’d live to see same-sex marriage legalized in the US. A half-breed Mexican-American, he has lived in Mexico as an ambivalent immigrant for the past decade. Todd has a degree in geography from the University of Illinois at Chicago. He’s a recovering misanthrope who longs for the burritos and bánh mì of his homeland.