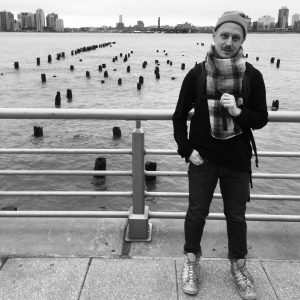 Theodore Kerr is a writer and organizer whose work focuses on HIV/AIDS. He received his BA from The New School, and his MA from Union Theological Seminary. His writing has appeared in The New Inquiry, BOMB, The Advocate, The Body, IndieWire, Cineaste, Hyperallergic as well as in Women’s Studies Quarterly, Drain and Dandelion. He is working on a book about AIDS, culture and history. He is a founding member of What Would an HIV Doula Do? and a member of the New York City Trans Oral History project. He was the 2016 winner of the Best Journalism award from POZ Magazine.