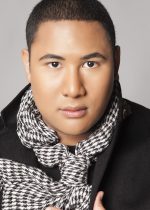 Roger Q. Mason’s plays give voice to the silenced through the ritual of performance. His works have played at New Group, McCarter Theatre, Ensemble Studio Theatre/LA, Son of Semele Theatre, Chicago Dramatists, and the Kraine Theatre. His play The White Dress was a semi-finalist for the 2018 Bay Area Playwrights Festival. His piece Hard Palate was a New York Theatre Innovator Award nominee. Mason was a finalist for the Piven Center Lab and Activate: Midwest New Play Festival, semi-finalist for the inaugural Shonda Rhimes Emerging Playwright Award and Theatre Masters, and winner of a Hollywood Fringe Festival Encore Producer’s Award. Mason holds an MFA in Writing from Northwestern University, MA in English from Middlebury College, and BA in English and Theatre from Princeton University. He is currently a writer in residency at Skylight Theatre’s PlayLab.