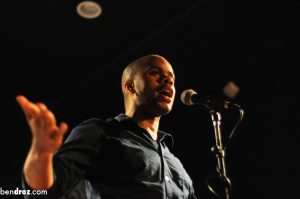 R. Eric Thomas is an award-winning playwright and humorist. His most recent play, Time Is On Our Side, was the recipient of two Barrymore Awards including Best New Play and was named a finalist for the Harold and Mimi Steinberg American Theatre Critics Association New Play Award. His work has been produced or developed by Simpatico Theatre, PlayPenn, Azuka Theatre, and City Theatre Miami. He has twice been a finalist for the City Theatre National Award for Short Playwriting. Eric is the long-running host of The Moth in Philadelphia. He writes a daily humor column for Elle.com in which he “reads” the news. In addition to Elle.com and ELLE magazine, his writing has appeared in the New York Times, W Magazine, Man Repeller, Philadelphia Inquirer, Philadelphia Magazine and more.