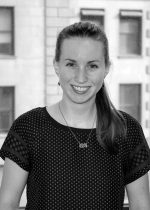 Margaret Whitehead came to writing after a previous career in refugee resettlement. In 2016 she earned her MA in Literary Reportage from NYU, and was a Banff Centre for Arts & Creativity Literary Journalism Fellow in 2017. These days she writes short stories, essays and reported features, which have appeared in publications including Good Housekeeping (online), Reason Magazine and Narratively. She lives in Springfield, Massachusetts.