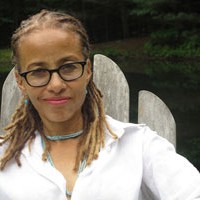 Linda Villarosa is a journalist, author, editor, novelist and college professor. She runs the journalism program at the City College of New York in Harlem and teaches writing and media studies. For several years, she edited the health pages of the New York Times and later spent six years as a contributing New York Times reporter. As the executive editor of Essence Magazine she wrote or edited a number of award-winning articles. Linda has also contributed to Glamour, Health, Latina, Ms., O Magazine and Vibe. She writes for The Root, Slate, AfterEllen and The Amsterdam News.

Near the start of the AIDS epidemic, as a beginning reporter for Essence, Linda wrote the first article to examine HIV/AIDS in an ethnic publication. A number of years later, two of her stories on African-Americans and HIV/AIDS appeared on the front page of the New York Times.

Linda has authored/co-authored a number of books, including Body & Soul: The Black Women’s Guide to Physical Health and Emotional Well-Being, which sold over 200,000 copies. Her first novel, Passing for Black, was nominated for a Lambda Literary Award. Most recently, she wrote autobiographical essays for the anthologies Here Come the Brides and The Letter Q.