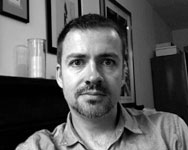 Kevin Brannon is originally from Little Rock, Arkansas. He moved to New York City in 2002 following two years as a Peace Corps Volunteer in Estonia. His experiences writing about LGBT communities of faith in Manhattan and the Bronx as a student at the Columbia Journalism School have informed his interest in the intersection of race, religion and sexuality in American culture. These themes have also provided the focus for his studies as an MA candidate in English, also at Columbia. Kevin began work on his first novel in the winter of 2011 after a long hiatus from fiction writing. He is also an avid movie-goer and an unrepentant consumer of crime and suspense fiction.