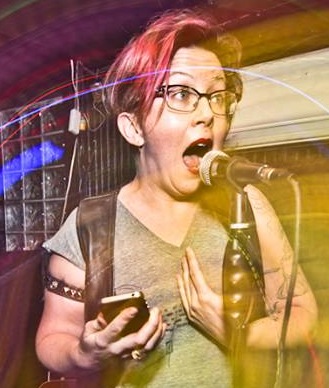 Jennie Gruber is a writer, educator, media-maker, queer punk, and true karaoke believer. She holds an MFA in Creative Nonfiction Writing from Sarah Lawrence. Her writing has appeared on Vice, Helix Queer Performance Network, Fleshbot, and Gaga Stigmata, in The Believer, AORTA, and Whore! magazines, and in several Cleis Press anthologies. Her workshops and readings have been featured at a variety of venues, including Red Umbrella Diaries, Perverts Put Out, Lesbian Sex Mafia, and the Feminist Porn Conference. In a parallel dimension, she is also an award-winning experimental documentary filmmaker. Born in Northern California, Gruber now lives in Manhattan with a very sweet bear.