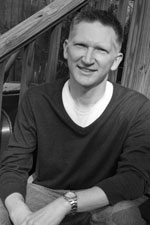 Jef Blocker works as a recruiter for a non-profit and as Store Manager at Bound To Be Read Books in East Atlanta Village. His short fiction, essays, and poetry have won several writing contests. Jef participated in the Perfect Pitch at the 2004 and 2006 Atlanta Film Festivals. He’s a graduate of Orson Scott Card’s 2011 Literary Boot Camp, and was a finalist in the 2012 Erma Bombeck Writing Competition. Jef writes a humor blog at www.CultofJef.com. He’s the 17th biggest Bananarama fan in the world and frequently does his cat’s evil bidding.