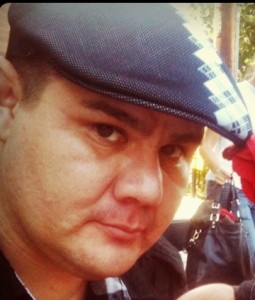 Javier is a playwright, drag performer and producer. Javier’s performance work has been presented at colleges, clubs, theaters, and on city streets across the Southwest, on the East coast and throughout the San Francisco Bay Area. His plays has been developed and presented at El Teatro Campesino in San Juan Bautista, Brava Theater Center in San Francisco and at AS220 in Providence, RI. His most recent show, LAST CALL was developed as part of the Teatro Lab residency in 2012. His lives with a spoiled chihuahua that keeps him company while he pursues an MFA in Playwriting at UC Riverside.