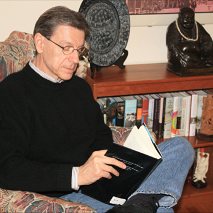 Frank Adams writes poetry. Wild Ocean Press published his books, Mother Speaks Her Name in 2010, and Love Remembered is due out in 2011. He previously published Crazy Times. His poems have appeared in Q Review and downgo sun, as well as in several anthologies. Long ago he lived in NYC and studied under the direction of Lee Strasberg.