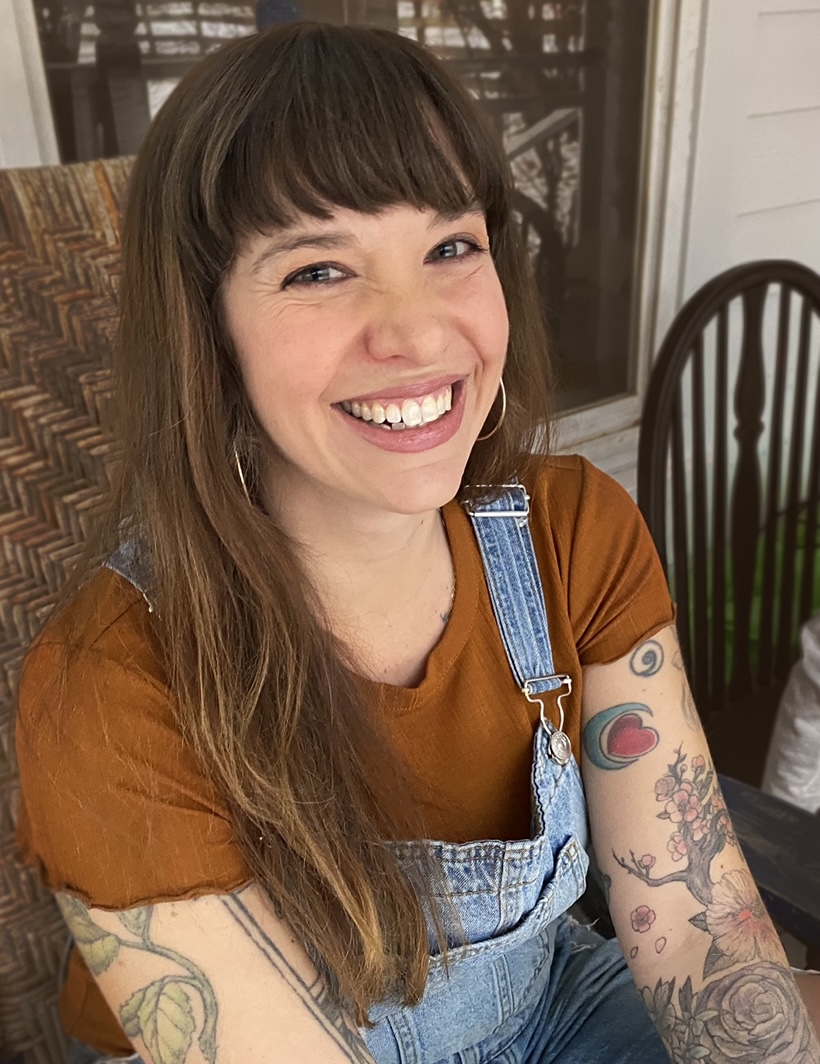 Ely Kreimendahl is a Brooklyn-based queer writer, comedian, creative arts therapist and Mom. She’s been featured in Funny or Die, is a contributor for satire publication Humor Darling, and performs stand up in NYC. Ely was a RADAR Lab fellow for queer emerging writers, and their pilot “Magical Thinking” was a semi-finalist in Screencraft’s Comedy TV Pilot Competition. While extremely and painfully pregnant, Ely was a 2021 resident artist at Ars Nova Theater in NYC, where they spent 6 months developing, writing and performing a solo comedy show called “How Does That Make You Feel,” exploring queer pregnancy and motherhood, and navigating being both an artist and a psychotherapist. Ely regularly posts on twitter and Instagram @elykreimendahl, with content about mental health, parenting, sobriety, queerness and existential angst. Ely’s jokes go viral more often than is good for them, to be honest.