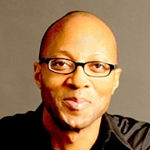 Ellery Washington teaches fiction and creative nonfiction in the BFA Writing Program at Pratt University, in Brooklyn, NY, where he also teaches narrative structure courses in the MFA Digital Arts Program. He works as a freelance editor for various literary publications and as a script consultant for various film and television companies, largely in New York. His fiction and essays have been widely published and anthologized, both stateside and abroad (in England, France, and Germany), most notably in The New York Times, Ploughshares, OUT Magazine, The International Review, The Berkeley Fiction Review, The Frankfurter Allgemeine, Nouvelles Frontières, and in the National Bestseller State by State–a Panoramic Portrait of America.

His film credits include feature rewrites for independent producers and consulting work for major film companies, such as Paramount Pictures, Tristar, and Fox Searchlight. His primary focus, however, remains on narrative prose, be it fiction or creative nonfiction. He is the recipient of a PEN Center West Rosenthal Emerging Voices Fellowship and an IBWA Prize for short fiction. He has taught classes and lead workshops with broad range of writers, from beginners to graduate students and previously published authors, in a list of cities that includes Los Angeles, New York, Paris, and Berlin. He’s currently working on his first novel.