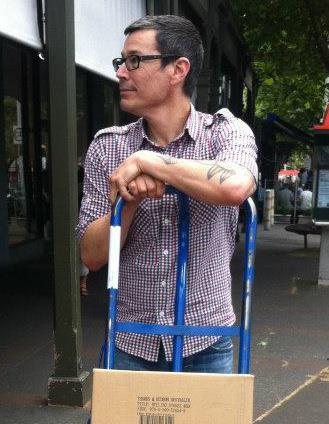 Ed Moreno is a writer, lecturer and bookseller living in Melbourne, Australia. He is currently undertaking a PhD on hate crimes against LBGT in Brazil, which has the highest homicide rate against LGBT in the world. Originally from New Mexico, Ed came to Australia “for a visit” in 1995, attended the Sydney Gay & Lesbian Mardi Gras, fell in love with the rowdy, sophisticated locals and the bush and the beaches and the cities and now calls Australia home. Ed’s short stories have appeared at blithe.com, questions.com.au, Mini Shots, Poslink, and in Cleis Press’ Best Gay Romance and Best Gay Erotica. He is currently working on his first collection of short stories.