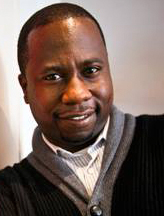 Charles Stephens is a writer and activist. He is the founder and Executive Director of the Counter Narrative Project and co-editor of the anthology Black Gay Genius: Answering Joseph Beam’s Call. His writings have appeared in the anthologies: Think Again, If We Have to Take Tomorrow, For Colored Boys Who Have Considered Suicide When the Rainbow Is Still Not Enough and publications such as Georgia Voice, Atlanta Journal-Constitution, Lambda Literary Review, Creative Loafing, and RH Reality Check.