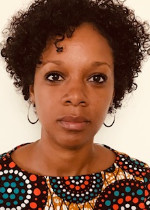 Chanel Glover is a former lawyer and special education teacher, with a current focus on screenwriting, playwriting, music, & fiction. In May 2014, she completed an MFA in playwriting at Ohio University. Chanel was a featured playwright in terraNOVA Collective’s Groundbreakers Playwrights Group in 2015. She’s screenwriter for the SEX IS A GOD THING (2014) viral short, and for the upcoming digital series, premiering at the Black Harvest Film Festival in August 2019. Chanel served as co-host/producer of the podcast, OVERQUALIFIED & DRUNK (2016 – SOULE LGBT). She is also co-writer and producer for the quasi-animated digital series, SASHA & CONDI (late 2019).