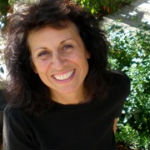 Carla Trujillo was born in New Mexico and grew up in Northern California. She has lived in the San Francisco Bay Area for the past 26 years. She received her B.S. degree in Human Development from UC Davis, and her M.S. and Ph.D. degrees in Educational Psychology from the University of Wisconsin, Madison.

She is the editor of Living Chicana Theory (Third Woman Press 2003), and Chicana Lesbians: The Girls Our Mothers Warned Us About, winner of a Lambda Book Award and the Out/Write Vanguard Award. Her novel, What Night Brings (Curbstone Press 2003), won the Miguel Marmol prize focusing on human rights.

What Night Brings also won the Paterson Fiction Prize, the Latino Literary Foundation Latino Book Award, Bronze Medal from Foreword Magazine, Honorable Mention for the Gustavus Meyers Books Award, and was a LAMBDA Book Award finalist. Carla works as the Director of the Graduate Diversity Program at U.C. Berkeley, and has focused some of her recent activities on improving the work and classroom climate using Interactive Theater.